For close to 40 years — from Boston to Brussels, London to Little Rock, Peoria to Paris and Harrisburg to Havana, Cuba — Michael Samuelson has lectured on leadership, health promotion, patient experience, health policy, disease prevention and the dynamics of behavior change. An author of six books, most recently Wake Up! Beyond Survival…Living a Life of Thrival, and numerous articles on leadership and behavior change, his work has been featured on the ABC News program, 20/20, The CBS Morning Show, CNN and MSNBC as well as numerous national print publications including The New York Times, Boston Globe, The Lancet, Employee Benefit News, Business Week and USA Today.   Read More >

Samuelson completed his graduate studies at the University of Michigan, is a Vietnam Era veteran of the US Air Force (1967-1971) and a recipient of the Commander’s Coin of Excellence from the US Army Center for Health Promotion and Preventive Medicine.

Practicing what he preaches, Michael Samuelson is an avid world trekker with high altitude mountain adventures logged in Asia, Europe, Africa, South America, Alaska and the US lower 48. This was all after the age of 50 and after being diagnosed with and successfully treated for cancer. Read Less ^

Wake Up! Beyond Survival…Living a Life of Thrival

Over sixteen years ago, Michael H. Samuelson received a phone call that forever changed his life. “Hello, Michael. This is Dr. Marcus. No good news. You have cancer.” Those three words —you have cancer — echoed in his brain. For Michael, an internationally respected health educator and motivational speaker, his health message took on more urgency. The diagnosis was a penetrating “wake-up call” yanking him into menacing and mysterious territory. He was a man with breast cancer, a stranger in a strange land.

In the beginning, this uninvited voyage was distorted, only to burst forth with urgency, commanding him to leave the comfort of the couch, put on his boots, pick up his trekking poles and explore the outer reaches of the planet, on foot. This speech, based on his most recent book, captures his reflections and personal poems, sharpened by cancer, spawned from taxicabs, military service, mountains, rain forests, glaciers, boardrooms — and life.

The Power of the Possible: Enhancing Personal & Professional Performance

Voices from the Edge: Life Lessons from the Cancer Community

"I am grateful and proud to call Michael Samuelson my friend. Michael inspires me to believe there is always a better way, teaches me the importance of compassion and self-awareness, and exemplifies the personal character and courage I strive to emulate."

"Hearing Michael would be a highlight in my professional career. Michael has provided leadership for several decades and has always stayed at the forefront of new ideas and innovations."

- The University of Michigan

"Thank you for taking our teachers and administrators on a three-hour journey where we felt we were with you climbing the high mountains on several continents. You made the experience introspective for participants, leaving all of us with the challenge to advance our own wellbeing."

"We greatly appreciate your dedication in helping us acquire a keynote speaker at the Healthy Living Through Prevention event. This event helped to bring a new awareness to the shoreline community on healthy living. Michael Samuelson was so dynamic and we received so many positive comments on his presentation on our feedback forms. Thank you for all your support and dedication. It was an incredible success and enjoyed by all! We certainly look forward to working with you on future endeavors."

"You have the knack of maintaining what I know you strive for, and this a coterie of individuals diverse, yet with one overriding common concern. You have done it well."

"Your presentation was truly inspiring and made a significant contribution to the resounding success of the summit [Steps to a Healthier US – Keynote Address] by providing insights and valuable information to our audience."

"During his tenure at the Health & Wellness Institute, Michael led a dynamic organization that successfully created awareness and advocacy for health and wellness. Since its founding in 2007, HWI has been profitable every year. Our thanks go to Michael for directing us all toward a future of better health. On a personal note, I’d like to thank him for his steady support, energy, enthusiasm, and expertise. Michael, you’ve made Blue Cross a better place."

"In each of my professional lives, Michael has been instrumental in building health improvement and wellness initiatives that have been tailored to very specific populations and successfully achieved our population health goals. Michael not only has great command of the technical side of health and wellness, but is also a very skilled visionary leader that can stir the passions of a leadership team and mobilize effective collective initiatives."

"Long known in the cancer community for his dedication and passion, Michael Samuelson extends his mission in these pages. We encourage you to read this book [What Would Mickey Say: Coaching Men to Health and Happiness] and share it with others."

First Nurse to Climb Seven Summits of the World 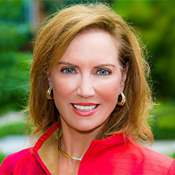