Former Managing Director of the IMF

Camdessus was educated at the University of Paris and earned postgraduate degrees in economics at the Institute of Political Studies of Paris and the National School of Administration.

Following his appointment as Administrateur Civil in the French Civil Service, Camdessus joined the Treasury in the Ministry of Finance and Economic Policies in 1960. After serving as Financial Attache to the French delegation at the European Economic Community in Brussels from 1966 to 1968, he returned to the Treasury and went on to become Assistant Director in 1971. Deputy Director in 1974, and Director in February 1982. During the period 1974-84, Camdessus also served as Chairman of the Paris Club, and was Chairman of the Monetary Committee of the European Economic Community from December 1982 to December 1984. 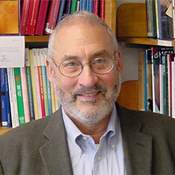 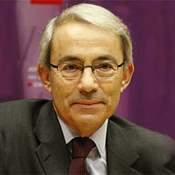 Recipient of the Nobel Prize in Economic Sciences