Former CNN Asia Correspondent Mike Chinoy is a Non-Resident Senior Fellow at the U.S.-China Institute at the University of Southern California and the creator of the Assignment China documentary film series on the history of American correspondents in China. Read More >

Previously, Chinoy spent three years as a Senior Fellow on Asian Security at the Los Angeles-based Pacific Council on International Policy, focusing on security issues in North Korea, China and Northeast Asia. His book on North Korea, entitled Meltdown: The Inside Story of the North Korean Nuclear Crisis, was published in August, 2008, and was hailed by the Washington Post as “a tour de force of reporting.” A paperback edition came out in October 2009, and a Korean language translation was published in early 2010. He was at the same time a Visiting Professor of Journalism at USC’s Annenberg School of Communication and Journalism. Chinoy’s newest book, Are You With Me? Kevin Boyle and the Rise of the Human Rights Movement, is the biography of a man who was a founder and leader of the civil rights movement in Northern Ireland and a key player in the peace process who went on to become one of the world's foremost human rights lawyers.

Before joining the Pacific Council and USC in 2006, Chinoy spent 24 years as a foreign correspondent for CNN, including stints as a roving reporter based in London, eight years as the network’s first Bureau Chief in Beijing, Bureau Chief in Hong Kong, and, from 2001-2006, Senior Asia Correspondent, responsible for coverage throughout the Asia-Pacific Region. He began his career working for CBS News and NBC News in Hong Kong in the 1970s.

Chinoy has reported on the most important events in Asia since the mid-1970s, including the death of Mao Zedong, the “People Power” revolt in the Philippines, the Tiananmen Square crisis, the rise of China, the Hong Kong handover, the fall of Indonesian President Suharto, the Soviet and US wars in Afghanistan, the Southeast Asian tsunami, elections and political crises in Taiwan, and developments in North Korea.

Chinoy’s access to, and understanding of, North Korea is unmatched among American journalists. He has visited North Korea 17 times since 1989. He was the only journalist to accompany former U.S. President Jimmy Carter on his historic trip to Pyongyang in 1994, and has returned regularly since then, most recently in the summer of 2013. In recent research, Chinoy has found that although in the past Hong Kong was traditionally viewed as “Asia’s World City,” being a good place to do business that was safe and efficient, this title is now gone, and potentially for good. This is due to the regular protests and heavy-handed police behavior, which could have huge implications in the future.

Chinoy is the author of the acclaimed book China Live: People Power and the Television Revolution, and has received numerous awards for his journalism, including the Emmy, Peabody and Dupont awards for his coverage of the 1989 Tiananmen Square crisis, and a Dupont Award for his coverage of the tsunami. He holds a BA from Yale University and an MS from Columbia University. Read Less ^

Donald Trump campaigned for President by denouncing China, threatening to impose punishing tariffs of Chinese goods, questioning the decades-old U.S. policy towards Taiwan, and belittling American alliances in Asia, however, the worst has not happened. Trump has backed off threats of a Sino-American trade war, endorsed the “one-China” policy, held a successful summit with Chinese president Xi Jinping. accepted an invitation to visit China later in the year, reaffirmed U.S. alliance relationships, and sent his Vice President and key cabinet officials to the region. While these reversals have brought Trump closer to traditional U.S. positions, the road ahead remains uncertain, and the risk of political or economic conflict, outright military clashes, or even full-scale war in the region remains. Trump has deliberately heightened tensions with North Korea by displays of military muscle-flexing and threats that “all options are on the table.” He has linked a reduction in Sino-American trade tensions to Beijing’s willingness to pressure North Korea to abandon its nuclear program. More broadly, Trump has failed to put forth a coherent long-term strategy for Asia. His administration remains torn between what some observers have described as the “axis of ideologues” and the “axis of adults.” Most fundamentally, Trump’s own core beliefs and values- if he has any - remain unclear. The result is continuing uncertainty about American policy in Asia, and growing anxiety about what Trump might do if and when the inevitable crisis in the region erupts.

Asia has six of the world's ten largest economies, seven of the ten largest militaries, six of the ten greatest consumers of energy, and six of the ten largest polluters. It will almost certainly be the world's center of gravity in the 21st century. Yet, in the United States, preoccupied by Iraq, Iran, the Middle East and domestic concerns, Asia is frequently almost an afterthought – in the government, the media, and public discussion. One result: the US is paying less attention to Asia, with a corresponding decrease in American influence, reflected in China's increasing regional clout and Washington's growing inability to shape events and protect its interests. Is the US in danger of missing out on the Asian century?

"Thank you for sharing your topic knowledge and helping to support. We know that this would not have been as strong a conference without your contribution. Thank you for joining us in Tianjin, China!"

Are You With Me? Kevin Boyle And The Rise Of The Human Rights Movement

By blocking Joshua Wong from standing for election, Hong Kong is just driving protesters back to the streets 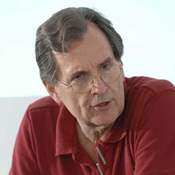