Mike Leonard has captivated millions of television viewers with his wry and witty feature stories on the often-overlooked aspects of everyday life for NBC’s The Today Show. Prior to beginning his full-time television career at age 30, Leonard worked a variety of jobs, from salesman to construction worker. In his 25-year career as a feature reporter for Today, he has traveled around the world in search of the offbeat. Especially focused on everyday American life, he has explored all 50 states in search of the nation’s true characters, often under humorous circumstance. Read More >

Leonard’s keen insight into human nature, his sense of humor, and his knack for storytelling earned him a unique gig on Today, where producers trust him and let him do his own assignments. Because the network trusts him, his scripts are not approved beforehand—a rarity in TV journalism. “Mike’s pieces stem from a fertile mind: he brings you stuff that nobody else can bring,” his producers have said.

In his book, The Ride of Our Lives, Leonard brings his engaging charm and keen insight to the foibles and passions of his own blessedly unique family, delivering a lifetime of laughs, lessons, and priceless memories. A clever and entertaining chronicle of his journey across the country with three generations of his family, The Ride of Our Lives is a poignant and hysterically funny reminder to us all that life’s great lessons are more often than not taught by ordinary people. The book came to life from Leonard’s original, highly rated Today series.

Says Leonard: “Very few of us in life will have the chance to be a hero in a newsworthy manner. When was the last time you dangled from a helicopter to rescue someone from a raging river? It’ll probably never happen. Everyday, however, you will have a chance to do something out of the ordinary. At the end of every day, tally the chances you had to be honest, compassionate, or brave. Win most of those little battles and you will be a hero.” Read Less ^

In his highly entertaining keynote speech, Mike Leonard decries the tendency of many people today who want to raise perfect children. They are under the misconception that their child's "resume" has to be without flaws. That their child's future is in jeopardy because he or she received a "C" on a high school test. He notes that parents and other adults supporting children are so concerned with not allowing those children to falter-- that they never allow them to fail. These adults seldom encourage children to take any risks of failure in order to challenge themselves. Children need to know that it's ok to make mistakes. It is important that one learn about life's ups and downs during childhood because if we don't allow children to experience this in their youth, they will not know how to cope with life's obstacles and setbacks in adulthood. Through an adult's encouragement, a child will develop that all important self confidence and learn to trust their own inner voice. Read More >

Using anecdotes from his own life and the many people he has encountered in his travels, Leonard entertains and inspires us all to instill our children with the tools that will serve them well in adulthood! Read Less ^

Where is My Mark? Carving Out Your Own Path in life

The Great Motherload of the Middle: The incredible Everyday Life of the Everyman

Setting Sail in Life: The Beauty of Letting a Little Breath of Wind Push You Off Course

"Mike Leonard's appearance at our conference was a home run. His speech was very moving and thought-provoking. He was our only speaker over the two-day event to get a standing ovation. He is a wonderful person, genuinely kind, interested in everybody and gracious beyond our expectations. We loved his speech and we loved him. In fact, our senior VP referenced his remarks the next day when she closed the conference, saying he made us all think about what really matters and how every day presents blessings and opportunities."

"He got a standing ovation. Absolutely one of the best speakers we've ever had."

"Omaha Town Hall loved Mike!!  He is a delight and his appearance here exceeded expectations."

The Ride of Our Lives : Roadside Lessons of an American Family 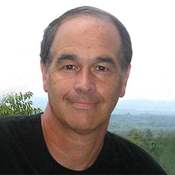