Mildred D Muhammad is an award-winning, recognized keynote speaker, international expert speaker for the US Dept of State, certified consultant with the Office on Victims of Crime, CNN contributor, domestic abuse survivor, advocate, author, trainer and educator traveling and speaking on a national and international platform to discuss her life of terror, abuse and heartache, all while promoting domestic violence awareness and prevention. Read More >

As the ex-wife of the D.C. sniper, John A. Muhammad, who went on a three-week rampage, with the end result, as stated by law enforcement, was to find Mildred and kill her too, the very personal details of her experiences involving fear, abuse and many of times, victim-blaming, has allowed Mildred’s mission to be even more influential and of greater purpose. Simply stated, she was a victim who became a survivor and is now a warrior on the issues of domestic abuse/violence. She shares her expertise on what it's like to be a victim and a survivor of domestic violence “without physical scars” to various conferences, seminars, workshop audiences which include victims and survivors of domestic violence, advocates, law enforcement professionals, therapists, counselors, mental and medical health providers, university and college students as well as conduct military personnel training regarding domestic violence. Her authenticity is as remarkable as her unforgettable story of abuse. She explains the perils of PTSD (post traumatic stress disorder) soldiers suffer when returning from a war zone as well as victims who are diagnosed with PTSD.

After counseling herself and her children to survive victim-blaming through the midst of adversity, she transformed her tragic circumstances into an opportunity to establish ground on all forms of Domestic Violence that are often overlooked such as verbal, mental, economic, spiritual, stalking and emotional abuse. With more vocation and not only speaking of the details and the realities of Domestic Violence, Mildred makes it her mission to be a vessel of support and healing to all those affected by Domestic Abuse/Violence.

Her critically acclaimed memoir, Scared Silent: When the One You Love Becomes the One You Fear, was published by Simon & Schuster in 2009. Muhammad has self-published two working journals, A Survivor's Journal and Dare to Heal, as well as Planning My Escape (a comprehensive step by-step safety plan) specifically for victims and survivors to help with the emotions that others may not understand and strategically leaving an abusive relationship. Her second and last memoir, I'm Still Standing has been released.

She has received many awards such a Special Commendation presented by the Office on Violence Against Women, Maya Angelou “Still I Rise” Award, Shirley Chisholm Woman of Courage Award and REDBOOK Strength & Spirit HEROES Award, as well as multiple awards from the military community...just to name a few.

Mildred Muhammad has been interviewed on Oprah: Where Are They Now, Anderson, Ricki Lake, Katic Couric, Issues with Jane Velez-Mitchell, The Mike Huckabee Show, TruTV's In Session, Larry King Live, The Tyra Banks Show, and Good Morning America, and has appeared on BET and other local and national TV interviews. She has also been interviewed by various national and international radio shows, internet radio, various national and international newspapers, and internet blogs and magazines worldwide, including the BBC, NPR, Essence, Jet, The Washington Post, and Newsweek. Read Less ^

Seeking Help and Sharing Your Story

Strengthening, Healing & Empowering Ourselves After Trauma

The Hidden Scars of Domestic Violence

A Survivor's Journal: The Healing Benefits of Journaling

Please accept my sincere thanks and appreciation in the Joint Base Myer-Henderson Hall Domestic Violence Awareness Month Community Partner Breakfast. Everyone was captivated by your story. As you spoke one could feel your fears, understand your disappointments, empathize with your children, and marvel at your strength to move beyond the abuse to help others. Your courage in sharing the very personal details of your experiences significantly increased our awareness and understanding of the complexities involved in domestic violence. Hearing this message from the voice of a Survivor was essential to the learning process. Your message touched us in a special way and will continue to touch others as we talk about the issues you raised for individuals and our community. You have truly turned your tragic circumstances into an opportunity to help other victims of emotional and verbal abuse, a topic often overlooked.

Ms. Muhammad’s presentation was not only remarkable, but most unforgettable. The room was spell-bound as Ms. Muhammad detailed her harrowing personal experience with domestic violence. The room acknowledged her humor and funny anecdotes with laughter but still mourned her nightmare as her story pierced through every heart and every soul present, causing sharp intakes of breath and at times…. deep sighs and silent sobs. We absolutely enjoyed having Ms. Muhammad share in the evening with us and would not hesitate to have her return to speak again in the very near future. We strongly recommend her to speak at other organizations that represent this field.

Ms Muhammad's presentation was spectacular - it was engaging, honest, and very enlightening as she shared her personal experiences. She presented some of her life scenarios with humor and displayed compassion at the same time. Ms Muhammad also provided multiple responses to questions from our audience during the conference. Her answers were heartfelt and considerate to the participants sharing their personal experiences. Her presentation was two hours long however our participants did not grow tired of listening to her resilient experiences that involved her family. This program was designed for mental health professionals, psychologists, social workers, counselors, law enforcement and military affiliates. We truly enjoyed having her presentation and would be pleased to have her return to speak again in the near future.

I want to personally thank you for visiting Ft Carson and supporting our Domestic Violence Month Kick-off event. I thoroughly enjoyed our conversation and listening to your life lessons as a domestic violence survivor. I know everyone was truly touched by your speech, presence and accomplishments, It was great to meet you - you're welcomed here any time.

Ms Muhammad's professionalism and desire to be an effective speaker was evident before, during and after the event - she unselfishly agreed to make herself available to numerous media requests and was willing to adapt her schedule to fit the needs of our community. Not only did Ms Muhammad provide a heartfelt and impactful keynote presentation, she made it her personal mission to connect with as many people as possible in a one-on-one setting both before and after her keynote presentation.

Podcast: Rising Above It All

Mildred Muhammad on gun violence and her ex-husband, the D.C. Sniper 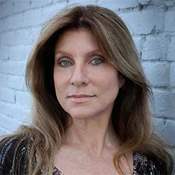