If you ask Nick Clooney what he does for a living, he will tell you he is a reporter. That is true, but hardly does him justice. As a television newsman, he has been reporter, anchor, managing editor and news director in Lexington, Cincinnati, Salt Lake City, Buffalo and Los Angeles. Read More >

As a columnist, Clooney has, since 1989, contributed three columns a week dealing with subjects as varied as politics, travel, music and American history to the Cincinnati and Kentucky Post. Some of his articles and op-ed pieces have appeared in newspapers around the country, including the Los Angeles Times and the Salt Lake Tribune.

But the curiosity that drove Nick to a life as a reporter, also led him to explore other areas of interest. He hosted talk shows in Cincinnati and Columbus, and music programs on radio. For five years he was a writer and daily on-air spokesman for American Movie Classics cable channel. Now, he is writer, producer and host for American Life cable channel. As an author, he has published three books, including The Movies that Changed Us.

His Moments that Changed Us program explores the intersection of a person and an important moment in our history. Guests have included John Glenn, Walter Cronkite, Diahann Carroll and Steve Wozniak. Clooney has also been speaker, master of ceremonies or panelist for more than 3,000 events.

He has accumulated a number of awards and honors over the years, including an Emmy for commentary and three Emmy nominations for his work on American Movie Classics. In 1998, he received an honorary Doctorate of Fine Arts from Northern Kentucky University and in 2000, he received the President’s Medal from Thomas More College, and was inducted into the Cincinnati Journalism Hall of Fame. In 2001, Clooney was inducted into the Television Hall of Fame and in 2007, he received an honorary Doctor of Letters from the University of Kentucky and was the commencement speaker, a task he has undertaken at 31 other schools over the years.

The Clooney’s younger child, George, is an Oscar-winning actor, producer, writer and director in films. In April of 2006, Nick and his son George went to the Sudan and Chad to report on the ongoing genocide in the region of Darfur. Since their return, both have traveled extensively as advocates for a peaceful solution to the crisis. George has spoken at the UN and has traveled to China and Egypt and continues to hold fund-raisers while Nick has made more than 75 speeches at schools, churches, and town meetings about the crisis. The two made a documentary, Journey to Darfur, which has been shown internationally. Read Less ^

An Evening with Nick Clooney

"Nick was just amazing. AMAZING. And he and Nina are such wonderful and gracious people.   Thank you for your help and support. This program without his presence—I could not have imagined it being nearly so successful."

The Movies that Changed Us: Reflections on the Screen 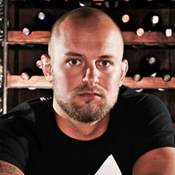 Founder of Wine to Water