Ophira Eisenberg is one of the most versatile performers working today. As a standup comedian she is a regular at all of New York’s best comedy clubs and headlines at theaters around the country. She has also appeared on Comedy Central, This Week At The Comedy Cellar, The New Yorker Festival, Kevin Hart’s LOL Network, HBO’s Girls, Gotham Live, The Late Late Show, and The Today Show. Read More >

As a host an interviewer she is best known for hosting NPR’s national comedy trivia radio show and podcast Ask Me Another where she interviewed and played games with over 300 celebrities including: Sir Patrick Stewart, Rosie Perez, Yo-Yo Ma, Chelsea Handler, Awkwafina, Roxanne Gay, Bob The Drag Queen, Nick Kroll, Matthew McConaughey and more. She is also a regular panelist on Hulu’s Up Early Tonight.

She is also regular host with the MacArthur Grant winning storytelling organization The Moth, and many of her stories have been featured on their Peabody award winning radio show and podcast The Moth Radio Hour. Known for her unique skill of balancing humor with powerful themes, her poignant and beautiful story about her personal battle with breast cancer was also featured in The Moth’s most recent best-selling book: Occasional Magic: True Stories About Defying the Impossible. Ophira’s own comedic memoir, Screw Everyone: Sleeping My Way to Monogamy was optioned for a television series. Her comedy special Inside Joke is available on Amazon, and her new comedy album Plant-Based Jokes is being released by 800 Pound Gorilla Records this January. Read Less ^

On The Late Late Show with Craig Ferguson

On Sleeping Her Way to Monogamy

Combining her skills as a comedian and game show host, Ophira can lead a fun, clever, and easy to play trivia hour for your group, where you’ll both laugh and learn something! People can play competitively in small teams or all together and answer interesting trivia questions that are pop-culture based, fun facts about the world, word games and / or tailored to the strengths and areas of interest of the group. This can be a relaxing fun hour of entertainment or resemble a high stakes pub trivia night with prizes - complete with a customized powerpoint of the questions, answers, and tiebreakers.

Ophira conversational act brings together clever standup comedy and engaging storytelling that explores life’s challenges and idiosyncrasies from a contemporary POV. Her hilariously candid humor draws from her own experiences, relationships and of recent, being a “rookie mom”. She brings an upbeat, positive approach that audiences instantly fall in love with.

An expert host that knows how to kick start an audience at any occasion, Ophira brings her wit, humor, and poise to be the perfect host for fundraiser, events, award ceremonies etc. As the host of NPR’s Ask Me Another she has also interviewed hundreds of celebrities, and seamlessly moderates panels of actors, writers, business experts, and more to make them engaging, balanced, and thought-provoking.

How to Tell A Compelling Story

After a decade of performing in this medium on stage and on the radio plus multiple #1 podcasts, plus running both personal and corporate storytelling workshops, Ophira brings her knowledge and experience together in this talk that reveals the key factors to telling and authentic and effective story – whether it be personal or a business story, and how to take to the next level.

Ophira seamlessly mixes personal storytelling with her sharp standup that addresses what it is to survive trauma, relieve stress, and come out the other side laughing. Ophira’s inspiring story focuses on the many scars on her body, from all different moments in her life: from a funny (and gory) story of putting her finger in a meat grinder as a child to the large trauma scar on her torso from emergency medical surgery following a car accident when I she was eight years old, to a more recent scar resulting from breast cancer surgery.

Ophira’s inspiring story focuses on the many scars on her body, from all different moments in her life: from a funny (and gory) story of putting her finger in a meat grinder as a child to the large trauma scar on her torso from emergency medical surgery following a car accident when I she was eight years old, to a more recent scar resulting from breast cancer surgery. Each scar has shaped her identity, relationship with risk, danger, and thirst for life. Moreover, it has bolstered her ability to get through hard things. This keynote mixes personal storytelling with audience interaction and addresses body positivity and acceptance, self-identity, resilience and what it is to laugh in the face of human fragility. Deep and meaningful, and hilarious, these stories highlight what is to survive and thrive, as scars are the physical manifestation of tragedy plus time, and how we are all warriors within.

Screw Everyone: Sleeping My Way to Monogamy 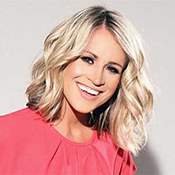 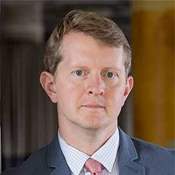 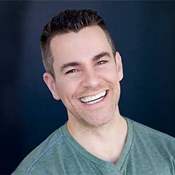