A Vassar College graduate raised in California, Eaton began her career in London at the BBC World Service. Returning to the U.S., she went on to PBS station WGBH Boston, producing programs ranging from business to sports to dance to drama. In 1985, Rebecca took the helm of Masterpiece Theatre and Mystery! as Executive Producer. Over the course of more than three decades, Masterpiece’s line-up included multiple high profile and award-winning titles. In addition to Downton Abbey, Sherlock, Victoria, Poldark, Prime Suspect, The Forsyte Saga, and Wolf Hall, Eaton’s EP credits include Grantchester, Wallander, Inspector Morse, Endeavour, Cranford, Middlemarch, Little Dorritt, The Complete Jane Austen and the Oscar-nominated film Mrs. Brown, starring Dame Judi Dench as Queen Victoria. In 2011, Eaton was named one of Time's 100 most influential people. Her distinguished career has earned her the official recognition of Queen Elizabeth II — with an honorary OBE (Officer, Order of the British Empire).

Sharing the triumphs and regrets of an esteemed career that is cast with unforgettable characters (on-screen and off), Rebecca shares an intimate, insider’s view of Making Masterpiece. Her stories, observations and hard-won wisdom bring a very personal—and enthralling—perspective to one of the most beloved television experiences of all time. Read Less ^

The Evolution of Masterpiece

Making Masterpiece: Behind the Scenes with Rebecca Eaton

Did you watch Downton Abbey or Victoria instead of the Super Bowl? Grow up on Upstairs Downstairs, Prime Suspect or The Forsyte Saga? Or thrill to Sherlock’s cyberantics? For nearly fifty years, Sunday nights with Masterpiece has connected people across generations and remained appointment-viewing in an on-demand world. In this live event, filled with show clips, photos and unforgettable stories, Masterpiece Executive Producer Rebecca Eaton gives an unforgettable, behind-the-scenes look at your favorite Masterpiece dramas. From Downton to Victoria, Poldark to Sherlock, Rebecca Eaton gives you an inside look at the shows and their casts. Be sure to bring your best questions for Rebecca’s candid Q&A session! 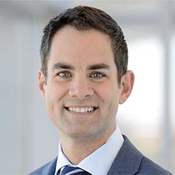 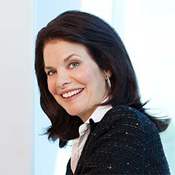