During almost 30 years in the motion picture business, Sherry Lansing earned a reputation as a trailblazer, visionary leader and a creative filmmaker. She was involved in the production, marketing and distribution of more than 200 films, including Academy Award winners Forrest Gump, Braveheart and Titanic. Read More >

In 1980, she became the first woman to head a major film studio when she was appointed President of 20th Century Fox. Later, as an independent producer, Lansing was responsible for such successful films as Fatal Attraction, The Accused, School Ties, Indecent Proposal and Black Rain. Returning to the executive ranks in 1992, she was named Chairman and CEO of Paramount Pictures and began an unprecedented tenure that lasted more than 12 years during which the studio enjoyed enormous creative and financial success.

Enough achievements for anyone to rest on their laurels, right? Not for Lansing. Retirement gave her the chance to do so much more. “All of a sudden I had to re-create my life,” she told Stephen Galloway, author of her biography. “But I was like a kid, giddy after graduating from college. Life is an evolution. It’s about choices, about chapters. And this was the chapter I wanted to experience now.”

A new chapter for sure. In 2005, she formed the Sherry Lansing Foundation (SLF), a nonprofit organization dedicated to cancer research, health, public education and encore career opportunities. Among the SLF’s initiatives is the EnCorps STEM Teachers Program, founded by Lansing to retrain retired and mid-career professionals from the technology sector to serve as math and science teachers in California public schools. In addition to running SLF, she co-founded Stand Up to Cancer, which has raised more than $700 million for cancer research to date.

Lansing — a former math and English teacher — is also the founder of PrimeTime LAUSD, a partnership with the Los Angeles Unified School District. PrimeTime engages retirees in improving the state of public education through targeted volunteerism. In addition, Lansing serves on the Board of Regents of the University of California. She is also a co-founder of the Big Brothers Big Sisters of Greater Los Angeles scholarship fund, which provides college scholarships to deserving “Little Sisters” and “Little Brothers.”

A gifted storyteller and passionate philanthropist, Lansing invites us into her world of high-stakes filmmaking, creativity, leadership and finding solutions in an in-depth conversation and Q&A session, where no questions are off-limit. Read Less ^

Sherry Lansing has said she never thought of herself as a trailblazer but that is exactly what she is. In 1980, she became the first woman ever to run a movie studio when she was hired by 20th Century Fox as president of production. She was then an extremely successful producer before taking the reins as chairman and CEO of Paramount Pictures. In this conversation, go behind the scenes of Lansing’s epic journey. You’ll learn about this dynamic, driven woman who overcame unimaginable odds, pushed boundaries and left Hollywood at the peak of her power to achieve the life she wanted.

The late Fred Rogers once said, “Often when you think you’re at the end of something, you’re at the beginning of something else.” Former movie executive and film producer Sherry Lansing has proven this to be true every day. Since her retirement from the movie industry in 2005, she has built a new career as a successful philanthropist, activist and fundraiser for multiple organizations, including her own foundation. In this conversation, Lansing shares her own journey, which has given her meaning and purpose and has led to the happiest time of her life.

The Journey to Eradicating Cancer

At just 40 years old, former movie executive, producer and philanthropist Sherry Lansing lost her mother to ovarian cancer. She was heartbroken. Her mom was her role model and best friend. When she died, Lansing realized the only way she could honor her was to raise funds for cancer research and awareness, so others don’t have to suffer as her mom did. In 2005, she made good on that promise by founding the Sherry Lansing Foundation, which is dedicated to funding and raising awareness for cancer research, health, public education and encore career opportunities. In this conversation, Lansing shares her insights on the importance of cancer screenings, education and health equity. She’s ready to answer questions how we can someday eradicate cancer and how everyone can help.

The Story of Stand Up to Cancer

When the media unifies around a cause, it has an incredibly powerful voice. And that’s exactly what happened when Sherry Lansing came together with eight other influential women in the entertainment industry who had all been affected by cancer. Together, they created Stand Up to Cancer, an initiative that has raised hundreds of millions of dollars since 2008. The organization changed the way cancer research is done and works relentlessly to offer the newest, most effective, and most promising cancer treatments to patients quickly by bringing together the best minds to collaborate, innovate and share cancer research. In this inspiring conversation, learn the story of Stand Up to Cancer and how it has accomplished so much. And the very real lesson that when we stand together, there’s nothing we can’t accomplish.

The Solution to the STEM Crisis

As a movie executive and producer, Sherry Lansing was known for getting things done. So when she learned of the massive shortage of STEM teachers in California, this former high school math teacher came up with a solution. In 2007, she founded the EnCorps STEM Teachers Program. The organization recruits and transitions experienced STEM professionals into second careers as math and science teachers. “They can both lead and revolutionize our most underserved school districts,” she says. “Who better to teach and inspire our next generation of engineers and innovators than STEM professionals who have invaluable insight and real-life STEM experience?” The program has been incredibly successful and is an example for school districts across the country. In this conversation, Lansing shares the story of EnCorps and answers questions from educators on how they can do the same. 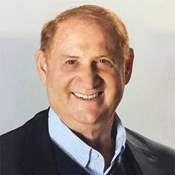