The wired world of healthcare is our future. It’s up to us – as patients, physicians, policy makers, vendors, leaders and influencers – to not only make it happen, but make it work. Dr. Robert Wachter is helping champion the cause. Read More >

Named by Modern Healthcare as one of the 50 most influential physician executives in the U.S. for each of the past 13 years (including #1 on the list in 2015) and one of the 100 most influential people in healthcare, Dr. Wachter is a recognized thought leader in healthcare quality, safety and organization of care. A practicing physician, he is intimately familiar with and involved in both the promises and challenges related to the computerization of healthcare. His 2015 book – The Digital Doctor: Hope, Hype and Harm at the Dawn of Medicine’s Computer Age– offers an unvarnished view of the early days of healthcare’s transformation and an insightful and provocative exploration of what it will take, from all of us, to successfully shift from “disruption” to “disruptive innovation.”

Dr. Wachter is professor and chair of the Department of Medicine at the University of California, San Francisco. He coined the term “hospitalist” in 1996 and is generally regarded as the “father” of the hospitalist field, the fastest growing specialty in the history of modern medicine.

A speaker and writer renowned for his iconoclastic and often humorous insights into the transforming world of healthcare, Dr. Wachter’s is the author of 250 articles and six books, including two best-sellers on the subject of safety and quality: Understanding Patient Safety (McGraw-Hill Professional, 2018 – third edition), the field’s leading primer, and Internal Bleeding (Rugged Land, 2005).

Dr. Wachter is past president of the Society of Hospital Medicine (1999-2000) and past chair of the American Board of Internal Medicine (2012-2013). In 2004, he received the John M. Eisenberg Award, the nation’s top honor in patient safety. He is on the board of the Lucian Leape Institute of the Institute for Healthcare Improvement and The Doctors Company, and has also served on the healthcare advisory boards of several companies, including Google and Teledoc. Read Less ^

With its nearly $4 trillion in yearly expenditures, healthcare now accounts for 18% of the US Gross Domestic Product, as well as a growing fraction of the costs in other nations. On top of these backbreaking costs, quality problems are rampant, medical errors remain distressingly common, and the consumer experience is anything but frictionless. In other industries – ranging from retail to financial services to entertainment – digitization opened the door to new and disruptive models. In healthcare, however, digitization has often led to more unhappiness, with rates of physician burnout skyrocketing and the patient experience even more fragmented. Read More >

In this talk, Dr. Robert Wachter, describes the new and powerful forces that are reshaping and disrupting the healthcare industry – in the U.S. and worldwide. Dr. Wachter will make the case that it’s not one thing – not just Amazon and Google’s entry into the market, not just AI, not just new payment models, not just consolidation. Rather, it’s the combination of all of these forces that are driving healthcare – notoriously resistant to change – to its own Netflix moment. Dr. Wachter, who chaired a commission advising NHS England on its digital future, has a unique ability to connect with audiences – ranging from practicing clinicians to healthcare leaders and policymakers – and weave together the threads of this complex and crucial story. Read Less ^

The Digital Doctor: Hope, Hype & Harm at the Dawn of Medicine’s Computer Age

Everyone had high hopes computers would be the magic bullet to improve the safety, quality and efficiency of healthcare. In the past five years – catalyzed by a $30 billion federal incentive program – medicine has finally, reluctantly, gone digital. Drawing from personal experiences and real-life case examples, Dr. Wachter explores some of the unforeseen consequences of information technology – including the movement to hire scribes so doctors and patients can look each other in the eye again, alert fatigue, and the tendency for clinicians to defer to a new kind of authority (an electronic one) – and discusses proposed solutions. He also touches on core issues in medicine, such as what it means to be a doctor – and patient – in the digital age, the theme of his e-book of the same title (April 2015).

The Quality, Safety & Value Movements: Why Transforming the Delivery of Healthcare Is No Longer Elective

If there’s one thing most people inside and outside of healthcare can agree on, it’s that the American healthcare system is broken and must be fixed. Dr. Wachter reviews the brief history of the quality and safety movements, the new push for “value” (quality + safety + patient satisfaction divided by cost), and how all of these levers (accreditation, regulation, transparency, payment changes) are combining to create unprecedented pressure on caregivers and delivery organizations to change their ways of doing business. But for all of the pain, there is also hope: attendees will gain a deep understanding of healthcare’s evolving landscape and a roadmap (and some optimism) for success in this new world.

The Digital Doctor: Hope, Hype, and Harm at the Dawn of Medicine’s Computer Age 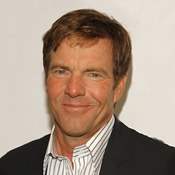