Robert Strong, The Comedy Magician, has been entertaining audiences since 1985. He has performed on national television, in all 50 states, in 47 different countries, and twice at the White House. Read More >

One of the highlights of his career was opening a number of times for comedy legend Robin Williams. He recently gave a TEDx San Francisco talk and he creates a custom routine for every audience. Read Less ^

TEDx: Magic Is Creating Delight for Other People!

The Neuroscience of Magic

From ancient conjurers to quick-handed con artists to big ticket Las Vegas illusionists, magicians throughout the ages have been expertly manipulating human attention and perception to dazzle and delight us (or scare us, or steal our watches). Of course, you know that the phenomena of cognitive and sensory illusions are responsible for the “magic” of a magic trick, but you’ve got to admit it still kind of freaks you out when some guy in a top hat defies the laws of nature right in front of your eyes. Come meet magician Robert Strong as he demonstrates how magicians use our brains as their accomplices in effecting the impossible.

Creating Delight & Joy for Others

The real magic is creating delight and joy for others. Studies have shown that when you create experiences that are out of the ordinary for others, they will remember it more accurately, they will remember it for a longer period of time, and they will share the story of that experience to more people. Studies have also shown that by doing something for others, there are extraordinary benefits for ourselves like lowering stress, increasing our happiness, increasing our life expectancy, giving ourselves meaning and purpose, and altruism is contagious. Not to mention, everyone loves working with people who are selfless!

People’s minds and hearts are not changed by graphs and facts, people learn through the ancient art of storytelling. Learn how to communicate through stories to connect with your audience and give them takeaways that motivate them to grow and change. We will cover all the nuts and bolts of public speaking; from how to set yourself up for success, to setting measurable goals and from gaining their full focus and attention to how to be fun and memorable. Present like a world-class thought leader.

“This world-class entertainer will be back for his fifth smash year. Robert’s show is laugh out loud entertainment that is great for the entire family. He is simply captivating!”

“Is he a magician who does comedy or a comedian who does magic? You be the judge. Either way, Robert Strong’s a riot. Check him out.”

“My heartfelt appreciation to Robert Strong from the cabinet and myself. We are most grateful to him for sharing his talents.” 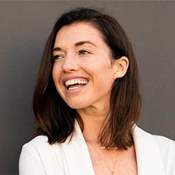