Shoshana Nyree Johnson was born in the Republic of Panama to Panamanian parents Claude and Eunice Johnson. Johnson lives in El Paso, Texas with her daughter Janelle, her sisters, Nikki and Erika, and two nieces. Read More >

Johnson was a JROTC cadet in 1991, and an Andress High School graduate. She attended the University of Texas at El Paso, and later joined the US Army in September 1998. She completed the US Army Basic Training Course at Ft. Jackson, South Carolina, and the Advance Individual Training, at Ft. Lee, Virginia.

A second-generation Army Veteran, Johnson's first military assignment was at Ft. Carson, Colorado. In February, 2003, at her second military assignment at Ft. Bliss, Texas, Johnson received orders to deploy to Iraq and to carry through her duties as a Food Service Specialist, (92G) with the 507th Maintenance Company, 5/52 Battalion 11th Brigade.

On March 23, during Operation Iraqi Freedom, Johnson was in a convoy that was ambushed in the city of an-Nasiriyah. Johnson received a bullet wound to her ankle, causing injuries to both legs. She and 5 other members of the 507th Maintenance Company were captured and taken Prisoners of War. The ambush and its aftermath made world news headlines.

House raids conducted by US Marines in the city of Samarra, Iraq, resulted in the successful rescue of seven POWs on the morning of April 13. Later, Johnson, together with six former POWs, came back to a heroes welcome in the US with a cheering crowd of over 3,000 people.

Specialist Johnson retired from the Army on an Honorable Discharge on December 12, 2003. Johnson's awards and decorations include the US Army Service Ribbon, Army Commendation Ribbon, National Defense Ribbon, Good Conduct Medal, Bronze Star Medal, Purple Heart Medal, and the Prisoner of War Medal. US Army officials identified Johnson as the first female POW of Operation Iraqi Freedom, and the first black female POW in US war history. Shoshana was awarded the Order of Manuel Amador Guerrero by her native country of Panama, it's the highest honor.

Since her return to the United States, Specialist Johnson has received numerous awards, and recognition for her courage, valor, and service to the United States. She graduated from El Paso Community College with an Associate of Arts degree in May 2008. She received her degree in culinary arts (pastry) in May 2011 at the same College.

Johnson has penned a memoir about her experience entitled I’m Still Standing: From Captured Soldier to Free Citizen-My Journey Home. The biography was nominated for a NAACP Image Award and is a national bestseller. Johnson plans on pursuing nutrition degree in the near future and when possible advocates for fellow veterans. Read Less ^

An Evening with Shoshana Johnson

Colorful Woman: How Being a Woman of Color Impacted My Life in the Military & Beyond

"The event was spectacular. We received wonderful, wonderful feedback on Shoshana’s presentation. Everyone absolutely loved it. It was a great event. She is just terrific."

"Shoshana Johnson was awesome.  She is such a down to earth, funny, remarkable woman.  I am glad that we got the chance to bring her to our campus.  Everyone seemed to enjoy her very much.  Thank you for everything.  I hope to work with you again in the future."

"Shoshana did an absolutely fabulous job on Saturday.  She just was wonderful.  She was so accommodating.  We had a really good turnout and have great evaluations from attendees. I am looking forward to bringing her back to the Charleston event.  Everything went really well; she is a genuinely nice young lady and her message was very well received."

"Shoshana was wonderful. She was able to hold the audience of 500 with complete attention. Following her talk, she received blessings, praises, prayers, flowers, gifts and best of all, "the Key to the City." Overall, it was a great evening with lots of media attention  and newspaper articles prior to and after her appearance. She also received media on all major channels of the 11:00 pm news, followed by the early morning news.  Thanks for your help in getting her here."

"Shoshana was wonderful, very down to earth and engaging.  Her speech was right on target and very well received in our military community.  I have heard nothing but rave reviews.  She was very accommodating, and spoke with the local media before the dinner, and then spent a great deal of time taking pictures, signing autographs and shaking hands after the dinner." 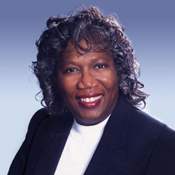