Simon Majumdar is a world-renowned broadcaster, food writer, speaker, author and cook who has dedicated the second half of his time on this planet to fulfill his ambition to “Go Everywhere, Eat Everything.” Read More >

It is a journey that has taken him to all fifty states and to dozens of countries around the world. He is currently the restaurant critic for Time Out Los Angeles and has written hundreds of articles for such outlets as The Guardian, Foodnetwork.com, The Times of London and Sauté Magazine. He has also written three books: Eat My Globe (2009), Eating for Britain (2011), and Fed, White and Blue (2015).

He is also the creator, writer and host of the hit food history podcast, "Eat My Globe: Things You Didn't Know You Didn't Know About Food," which is produced in cooperation with the UCLA Department of History. The Sixth season will begin in April of 2021. Read Less ^

Food is One of the Great Universals

Eat My Globe: One Year in Search of the Most Delicious Food in the World

Eating for Britain: A Journey into the Heart (and Belly) of the Nation

Fed, White, and Blue: Finding America with My Fork 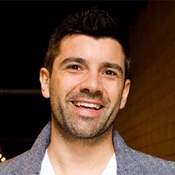 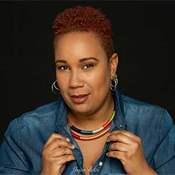