Steven Eastaugh was a professor in health economics and management for 38 years at Cornell University and George Washington University. Four thousand health care leaders in the USA and around the world have had their careers shaped in part by Professor Eastaugh. He taught health economics and finance at Schools of Public Health, business schools, and medical schools. He is the author of nine books and more than 90 journal articles. Dr. Eastaugh is a nationally acclaimed speaker, consultant and agent of change who has traveled to some 36 countries as part of his health services research. In 2008-2010 he was health policy advisor to Barack Obama. In 2016-2017 he was health policy advisor to Hillary Clinton. Read More >

Professor Eastaugh has won numerous awards, including the American College of Healthcare Executives Edgar Hayhow Award for “best health care article of the year.” He also won the Marriott Award for productivity enhancement in the service sector. He has been a forceful advocate for universal affordable health insurance, which he believes can be funded through dramatic reductions in health care paperwork and administrative costs. Prior to coming teaching, he was senior staff health economist at the National Research Council, National Academy of Sciences.

He has worked on four studies with the Institute of Medicine and actively works with a number of professional organizations, including the American Public Health Association, the American College of Healthcare Executives, the Association of University Programs in Health Administration and the Operations Research Society of America.

Steven Eastaugh received his BA and MA from Harvard and a doctorate in public health from the Johns Hopkins School of Public Health. Read Less ^

How the New Washington Will Change Healthcare

The Hidden Story of Long-Term Costs for Electronic Health Records

Tick Tock: The Healthcare Reformation Will Be Bumpy

"Wanted to weigh in and give you my unambiguous recommendation on behalf of Steve and his ability to engage a hospital trade association audience. I have known Steve for almost 30 years and there is no academic who is a more dynamic and insightful speaker. He has a rare ability to make complex topics accessible to wide audiences." 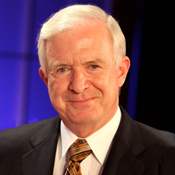