Tak Toyoshima is the artist/creator of the comic strip "Secret Asian Man." Starting as a two-page monthly in a Boston-based arts magazine, "Secret Asian Man" became a weekly  comic strip for the next six years. In the fall of 2006, "Secret Asian Man" was scouted by United Features Syndicate ("Peanuts," "Dilbert," and "Boondocks") and developed to launch in July of 2007 as the first Asian American comic strip since the days of Bruce Lee and Charlie Chan. Read More >

Toyoshima has worked on many comic art related projects and publications in support of marginalized communities including Secret Identities: An Asian American Superhero Anthology, New Frontiers: The Many Worlds of George Takei, APB: Artists Against Police Brutality, and most recently, Kwok, a self-published short story fundraiser to assist Asian seniors in the wake of the surge of anti-Asian violence. He also teaches a weekly comics and sequential arts class to middle school aged kids in Massachusetts' south shore area.

Toyoshima was born and raised in New York City's Tribeca on the borders of SoHo, Chinatown, and Little Italy. This breeding ground for creativity and multi-cultural experiences provided a solid foundation for him to become the confused artist he is today. Read Less ^

Asian Americans in the Mainstream

Asian Americans are an extremely diverse group with very different histories that inform their experiences; however, they do share some common struggles, including stereotyping, an "exoticized" identity, and a culture that seems to openly allow the mockery of Asians in TV, movies, and the media. In this candid keynote, speaker Tak Toyoshima opens up a discussion about the unique challenges that Asian Americans face in mainstream culture as it pertains to visibility, perception, and popularity. 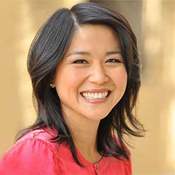