A host of the PBS series, NOVA Wonders, Dr. Talithia Williams is a groundbreaking professor, popular TED speaker, inspiring author and passionate STEM/STEAM advocate. She has made it her life's work to get people of all ages and backgrounds excited about the bold possibilities of a STEM education and to “STEMpower” women and minorities to enter these professions. Her latest book, Power in Numbers: The Rebel Women of Mathematics reflects Williams’ passion to re-brand the field of mathematics as anything but dry, technical or male-dominated. Renowned for her popular TED Talk, “Own Your Body’s Data,” she advocates for all of us to deploy data as a way of taking charge of our own health. A vibrant, engaging and energizing speaker, Dr. Williams demystifies data, statistics, probabilities and the mathematical process in amusing and insightful ways. She also passionately champions the contributions of scientists, technologists, engineers and mathematicians and their vital role in transforming our future. Read More >

Dr. Williams is Associate Dean for Research and Experiential Learning and Associate Professor of Mathematics at Harvey Mudd College, where she develops statistical models which emphasize the spatial and temporal structure of data, and applies them to real world problems. Focused on data analytics, mathematics, statistical modeling and STEM Outreach, she is the first African-American woman to achieve tenure at the college. She hosts NOVA Wonders, a PBS mini-series that explores the biggest questions on the frontiers of science. The Los Angeles Times praised the show for sending the message “that scientists come in a range of ages, genders, colors and hairstyles.” She also appeared in NOVA’s Prediction by the Numbers, a series exploring the history of probabilities and gambling which Forbes called, “an entertaining, fun piece that conveys her knowledgeable and deep interest in this predictive method.” In addition to her teaching and television work, she has partnered with the World Health Organization in developing a cataract model used to predict the cataract surgical rate for countries in Africa. Her professional experiences include research appointments at NASA’s Jet Propulsion Laboratory, NASA’s Johnson Space Center, and the National Security Agency.

An exceptional communicator and gifted teacher, Dr. Williams won the Mathematical Association of America’s Henry L. Alder Award for distinguished teaching. She also developed a 24-part college level lecture series on learning statistics for The Great Courses, an online platform for lifelong learners. Dr. Williams earned a bachelor’s degree in mathematics from Spelman College, a master’s degree in mathematics from Howard University and a Ph.D. in statistics from Rice University.

Described by audiences as engaging, relevant, funny, accessible, and a joy to work with, Dr. Williams captivates and inspires with her contagious enthusiasm for STEM in general and math in particular. Applying the data-driven approach made famous in her TED talk to a range of subjects, she takes sophisticated numerical concepts and makes them understandable to a wide audience, debunking perceptions with an energizing call to “show me the data!” Read Less ^

TEDTalk: Own Your Body's Data

Lies, Damned Lies, and Statistics: The Misapplication of Statistics in Everyday Life

Equity and Social Justice in Education

Recognized for her innovative teaching and inspiring outreach to promote the power of a STEM education, Williams shares how to cultivate the STEM mindset, effectively aiding students, parents, and educators in seeing themselves as future scientists and engineers. Employing the rousing and highly informative speaking style of her hit Ted Talk "Own Your Body's Data," Williams shows how much STEM affects our daily lives — and how numbers can leap off a page or screen, infuse us and our surroundings, and help us better understand and actively engage the world in which we live.

Bringing Diversity to STEM: A Lesson in Disruptive Innovation

Meeting the demands of a 21st century STEM workforce requires that we look beyond traditional talent pools to recruit and train individuals typically underrepresented in math, science and engineering. Noted for her work in STEM outreach, Dr. Williams explores how disruptive innovation can motivate girls of color and other underrepresented groups to embrace technology, become open to pursuing STEM degrees, and envision themselves as future STEM leaders. By challenging the status quo, we allow for ongoing innovative contributions to our society and the world in general.

Becoming an Agent of Change for Inclusive Education

K-12 systems and college campuses are microcosms of our increasingly diverse society. We must all respond appropriately and sensitively to this diversity, work diligently to close achievement gaps, and become inclusive agents of change. In this lively, interactive presentation using role playing and case studies, Dr. Williams proposes solutions to equity and diversity issues that include deploying data to make unbiased decisions. Taking on a challenging issue with humor and valuable insights, Dr. Williams inspires educators to become change agents that ensure that our educational institutions remain welcoming and supportive of future generations of students.

When it comes to inspiring the future productivity and innovation of our nation, educators are the on the front lines. Mathematical learning experiences that incorporate real world data are important tools for student learning and improve student retention of course material. In this talk, Dr. Williams discusses how we can incorporate innovative technology, along with best practices in and out of the classroom to better facilitate teaching and learning while also mitigating the mathematics achievement gap.  Through the use of technology and data analytics within the classroom, we can connect students to mathematical ideas in rich and meaningful ways, giving rise to their success in mathematics and beyond.

The college experience thrives on relationships. Administrators, staff and faculty frequently make tough decisions that can have an incredible impact on our student’s lives. But, what data should our campus community have access to? And how can data be used effectively to shape the student experience, whether at community colleges, private liberal arts, public or research universities? In this talk, we’ll explore the changing culture of higher education data analytics and discuss effective techniques for engaging campus constituencies.

Dr. Williams makes a compelling case that healthcare providers should encourage patients to measure and record simple data about their bodies daily. Based upon her hit TED Talk, “Own Your Body’s Data,” Dr. Williams shares how patients should be monitoring their personal data by using both everyday technologies and high-tech wearables. With these devices, healthcare consumers can easily quantify everything from heart rate and sleep patterns to body temperature and fertility. However, what is the average patient to do with the massive amounts of data being collected? Dr. Williams believes empowered patients sharing this information with their healthcare providers not only strengthens doctor-patient dialog, but also enhances patient outcomes.

When considering factors such as race, gender, income and geography, various U.S. populations face higher rates of disease and mortality. In spite continuing efforts to reduce health disparities, they remain a persistent challenge in our communities. However, using a data driven approach to target these populations will help to develop interventions and track progress over time. In this talk, Dr. Williams discusses how data is essential for understanding social determinants of health and provides suggestions for improvement.

Power in Numbers: The Rebel Women of Mathematics

From rocket scientists and code breakers to computer programmers and data scientists, discover the incredibly inspiring stories of more than 30 women who fought through the obstacles, shattered the stereotypes, and embraced their STEM passions. Loaded with more than 200 photos and original interviews with several amazing women in mathematics, this is your chance to be moved, to be inspired, and to celebrate the women who have turned the male-dominated math world upside down!

“Dr. Williams was amazing! Our students were clearly excited to engage with such a dynamic and experienced professional and Dr. Williams took the time to make each student feel seen and heard. Additionally, faculty, staff and university leaders gained valuable insights from her talk and participated in a meaning Q&A.”

"Talithia was magnificent! Her poise, sense of humor and message were very well received! Please tell her how very much we appreciate her being with us."

"I wanted to extend my sincere gratitude for coming to speak at WHS. You do a fantastic job working with young people and I can’t thank you enough for your willingness to genuinely engage with each and every individual you interacted with during your time at WHS. You made the day special for so many students and undoubtedly made a positive impact on more lives than you know! Thanks again for making positive memories for our students!"

"She was terrific! It was such a great way to kick off our conference. She came off the stage, walked around and really engaged with our attendees. We loved her energy and the messaging was spot on. Our leadership was thrilled. Thanks again for everything!"

“We truly enjoyed Dr. William’s presentations, so much so that immediately after her last session we began talking about finding another reason to invite her to campus! She was very engaging, made herself available to our students in a manner that resonated with them, and was a generous and delightful guest. We were very happy to have had her with us for the festival!”

"Another home Run! Talithia was fabulous. It was so wonderful to hear the uplifting nature of her message."

“We wanted to thank you for delivering a very powerful and engaging talk at the HTAC summit. Your talk perfectly helped us close out the summit on an empathetic and thought provoking note. It was clear from the start that you had this audience in the palm of your hands as you shared your findings and asked them to reflect on how their organizations are serving their patients.”

"Dr. Talithia Williams was an excellent speaker and perfect fit for our conference! Many thanks for your help."

"Thank you so much for all of your help coordinating Talithia’s speaking engagement with us! She is absolutely incredible – both personally and professionally. Thanks again!"

"Talithia was fabulous. The students described her talk as engaging, relevant, funny and accessible. Her topic fit perfectly with our theme and it was a pleasure having her on campus for a day."

"Everything went great and she is a rock star!"

"She was wonderful and very well received! Engaging, funny and personable, Talithia quickly established a rapport with the students/panelists and she proved a great moderator as well."

- Membership/Field Engagement, The College Board

"I found the story of your love for mathematics, statistics and data to be highly motivational.  I found myself in tears as I listened to you and gained some insight into my own daughter’s love for the subject. Thank you again for starting the conference with a motivational bang."

Power in Numbers: The Rebel Women of Mathematics

An answer to the anti-science crowd, ‘Nova Wonders’ on PBS ponders big questions in a changing world 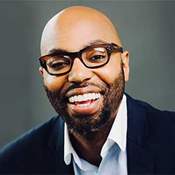