Tamara Holder is the founder of xpunged.com. Her law practice now focuses solely on governors’ pardons/clemency. Previously, she practiced criminal defense (successfully defending the most serious of felony cases, from murder to possession of drugs and guns), and expunged/sealed the past cases of numerous people. She recently received a commutation of sentence and consistently appears before the Illinois Prisoner Review Board. She has worked closely with some of the country and the city’s most prominent leaders. Read More >

Holder’s political and legal work is not limited to Chicago. She was the first in the country to expose the railroad industry’s improper employment practices toward those with criminal records. She spearheaded a Congressional inquiry and a hearing before the Congressional Committee of Homeland Security. She later testified as an expert witness before the Congressional Committee of Transportation, Sub-Committee of Maritime and Infrastructure. Her testimony was crucial to preventing passage of an invasive, anti-worker, anti-business piece of legislation calling for mandatory identification cards for transportation workers, a statutory scheme criticized by organized labor and management alike. During this time, Holder met with numerous Congressmen, including John Conyers, Bennie Thompson, and Sheila Jackson-Lee, as well as members of the Department of Homeland Security, including former Administrator of TSA Kip Hawley, on the issue of the relationship between hiring practices and domestic terrorism.

The Chicago Sun-Times recognized Tamara Holder as one of “50 People Who Make Chicago a Better Place.” Her criminal record-clearing work was featured on the front page of The Wall Street Journal.

Holder is a legal/political contributor for Fox News Channel. She was the go-to analyst for Rod Blagojevich’s trials, the mayoral campaign of Rahm Emanuel, and the scandals of former-Congressman Anthony Weiner and former-Senator John Edwards.  She is a weekly contributor to both Sean Hannity’s radio and TV programs, as well as a former blogger for The Huffington Post and The Daily Caller.

Holder is a member of several advisory boards: Leo Catholic High School, an all-boys school within Chicago’s inner city with a 100% graduation rate; Women of Power, which is located within the Cook County Jail and is devoted to helping women rehabilitate; and Horizon Prison Ministry, which helps prisoners prepare for their release into society.

Tamara Holder is an early graduate from The University of Arizona, as well as from The John Marshall Law School. While in law school, she learned criminal trial practice as an intern for the Cook County State’s Attorney’s Office, and contract negotiation and mediation at Miramax Films in Los Angeles. Read Less ^

A Conversation with Tamara Holder 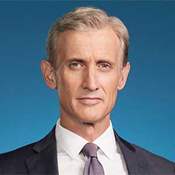