Tammy Tibbetts is Co-Founder & CEO of She’s the First, a global nonprofit that teams up with local organizations to make sure girls are educated, respected, and heard. Today, She’s the First supports more than 9,500 girls in 11 countries and 200+ student advocacy chapters. Read More >

Tammy doesn’t believe in letting the world define your limits. Though she was voted “Most Shy” in her high school yearbook and felt the pressure of perfectionism for too long, she has become an advocate for blowing up the expectations society places on you and instead fearlessly exploring the potential hidden within.

In her role at She’s the First, Tammy has used that philosophy to become a multi-million dollar fundraising success and a brilliant connector while staying grounded in her life’s mission: unlocking the potential of girls and women. In her first book, Impact: A Step-by-Step Plan to Create the World You Want to Live In, Tammy shares some of her most valuable insights (PublicAffairs, November 2020).

As a first-generation college graduate from The College of New Jersey, Tammy had the idea for She’s the First while she was working at Hearst Magazines, as a pioneering web editor and Seventeen’s first social media editor. She speaks regularly on entrepreneurship, including three TEDx talks. Tammy has been widely recognized for her leadership and global impact by Forbes, Time, and Fast Company, and she has received a DVF Award from Diane von Furstenberg.

Tammy is a proud member of TCNJ’s Board of Trustees. She resides in Brooklyn. Read Less ^

TEDx: The New Face of Philanthropy

She’s The First on TODAY

TEDx: Be The First

Helping Educate Girls Around the World

Making a Difference: How to Unlock Your Unlimited Impact

How do you build a life that matters now, in your future, and even beyond? It is a big question that many people struggle to answer. In this keynote, Tammy Tibbetts provides you with the inspiration and motivation to unlock your potential. As the co-founder and CEO of She’s the First, a nonprofit that fights for a world where every girl chooses her own future, Tammy has connected thousands of people to unique opportunities, which have changed their lives and those of others. She shares her message that everyone is capable of creating unlimited impact.

Non-Profit Success: How to Build Community for Better Philanthropy

In the past century, nonprofits have stuck to an old-school playbook: Throw fancy galas, apply for big grants, and dance around people with wealth--or stay a very scrappy, small, underfunded organization. As the co-founder and CEO of She’s the First, Tammy threw out traditional models of philanthropy and created a new community-centric blueprint of engagement. Through social media, creative networking, student chapters, and innovative campaigns, hear how she has led an organization through 10 steady, sensational years, without ever receiving a million-dollar grant, without rubbing elbows with the biggest celebrities, and without burning out. This talk is relatable to both nonprofit and corporate audiences looking to rejuvenate their work.

Women's Leadership: What it Means to Be the CEO of Your Own Life

In her career, Tammy has always been the first person to hold her positions, most notably as the co-founder and CEO of She’s the First. She was also the first in her family to graduate from college. Being a “first” through most of her life experiences has taught her lessons and ways to stand-out that apply to anyone looking to make a lasting impression, whether that’s in climbing the corporate ranks, seeking out a volunteer or board role, or in the job search. You have the opportunity to be the entrepreneurial CEO of your own life, building a career and legacy that you’re proud of. In this keynote, Tammy shares the building blocks to get started or the steps that will affirm the direction you’re already heading in.

"Tammy did a terrific job inspiring our students! She was a great choice and I am planning to work with She's The First to support their mission."

Impact: A Step-by-Step Plan to Create the World You Want to Live In 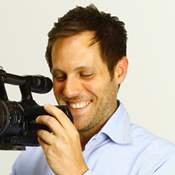 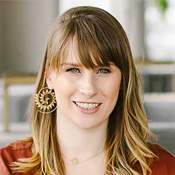 Co-Founder of She’s the First & Co-Author of Impact: A Step-by-Step Plan to Create the World You Want to Live In