Best known for founding Travelocity.com and serving as founding Chairman of Kayak.com, Terry Jones has become a powerful voice in the world of entrepreneurship through his numerous, customizable speaking engagements, both live and virtual, and the publication of his book, ON Innovation. His career path has established him as a thought leader on innovation in our increasingly digital world. Read More >

Terry Jones is a Digital Disruptor, an author and a venture capitalist with General Catalyst and Sierra Angels. A graduate of Denison University in Granville, Ohio, Jones, began his career as a travel agent, spent 24 years at American Airlines in marketing and information technology, capping his career as Chief Information Officer of its SABRE division. While at SABRE he led a team of six working on a project that became Travelocity.com. Jones served as CEO of Travelocity for seven years transforming it to a public company with three billion dollars in travel sales.

In his new book, Disruption OFF, Jones shares his thoughts on the new technologies and business models that startups and competitors are deploying to disrupt your company. More importantly he outlines the tools and techniques you must use to avoid disruption in this post COVID-19 world.

He left Travelocity when the company was taken private and became part of the founding team at Kayak.com, a company that yet again revolutionized how travel was purchased. He served as Chairman of the company from its founding until it was sold to Priceline for $1.8 billion dollars in 2013.

Today he is the managing principal of ON Inc, a consultancy he founded to help companies in their transition to the digital economy.

He serves on the boards of Boingo, Sonicwall, Kenzie Academy and Camping and Education Foundation. He has previously served on the boards of Smart Destinations, Cognite, Entrust, Overture, La Quinta Hotels, Luxury Link and EarthLink.

His career path has established him as a thought leader on innovation and disruption in our increasingly digital world. Terry has been helping companies use the tools and techniques he’s developed to keep up with this rapidly post COVID-19, changing world. His programs on innovation, disruption, marketing and AI are always thought provoking, entertaining and customized. Attendees walk away with inspired ideas and concrete action items to implement in their companies. Read Less ^

Who Will Win the AI Battle

Leaders are worried. Businesses are being disrupted at an ever-increasing pace and technological advances are converging to create unprecedented dislocation. Identify what these are and how you can turn them to your advantage. Terry reviews the to 10 technical forces of disruption and more importantly shows the new business models that result. Read More >

Utilizing technical forces of disruption, Terry shows our current business models that are created from disruption and how startups are shedding old concepts to create simple models that “own the edge”. The Edge - where the customer is - where we HAVE to be.

As Terry says, “My innovation is YOUR disruption. It is only disruption because YOU didn’t do it!” Drawing from his experiences with several startups and as the founder of Travelocity.com and founding Chairman of Kayak.com, Jones helps audiences turn disruption into innovation.

Terry takes us through examples of how industries are deploying these technologies to their competitive advantage.

He details the new business models that come along with these technologies. Models such as: Sharing, Platforms, Ecosystems Outcomes and Subscriptions are discussed in depth so you can learn the advantages in putting them to work.

Finally, the book gives you a set of tools and techniques that can help you put these technologies and models to work to gain profit, share and business advantage. You will learn how to, "Create fearlessness", "Fix the Odds", "Lose the luddites", "Why you should say why" and "Why you shouldn’t play pinball".

Disruption OFF lets you in on Terry's startup playbook so you can learn to stay as nimble as the 21st century requires. Any leader ff a traditional company needs to read Disruption OFF to stay ahead in this rapidly changing world. This book gives you insights that can help turn your business from the disrupted into the disruptor.

Terry can also address the implications of these technologies on the work force and the future of work. Additionally, they can also be combined with his ON Innovation speech and Disruption topic. Read Less ^

Every business needs to innovate, but where do you start? In this presentation, Terry Jones explores the fundamentals of innovation and gives leaders simple but powerful ideas they can use to create a more innovative organization. Drawing from his experiences as the founder of Travelocity.com and founding Chairman of Kayak.com, and now his new venture Wayblazer.com, Jones helps audiences turn innovation from an academic exercise into an everyday skill. The stories from his career and personal experiences not only provide well- chosen real world illustrations of how challenging, and ultimately rewarding it can be to gather a team and establish a culture that is open to change, he gives audiences step-by-step plans to create it. Read More >

In addition to this presentation 45 - 60 minute presentation, Terry can also do a breakout session to follow it up. This innovation breakout session builds on the key points of his speech. The group splits into round tables and each selects an innovation topic on which to focus (topics such as; Culture, Team, idea generation, idea selection, idea implementation....these can be any of the 73 topics in Terry’s book). They spend 20-30 minutes discussing how Terry’s key points apply to their industry and their specific businesses. Terry will circulate and spend time with each team coaching. Then each team (if there is time) or a selection of teams, present their findings to the entire group and Terry facilitates this discussion.

Terry’s book, ON Innovation is also available as a room gift or for use in book signings. Books can be customized with a company logo or meeting logo on the front with a special message on the back cover for your attendees. (Quantity discounts available). Read Less ^

How will your customer contact you today? In the store, via the phone, on your web site, read a tweet, friend you on Facebook? There is no way to know. In this presentation, e-commerce pioneer Terry Jones gives your audience the keys to unlock the mystery of how to deal with today's omni channel customer. Read More >

While face-to-face contact isn't going away, companies that lack an effective online relationship strategy are being left behind. Jones vast online experience can educate your audience in all phases of the digital conversation from search to social media, using real-world examples in creating Travelocity, Kayak and helping dozens of other companies.

Keeping up with today's omni channel customer is a daunting task. Terry's long experience in the on line world (Travelocity, Kayak, Wayblazer and the boards of ten digital companies) can show your audience how to succeed in this complex digital world.

From search to social, mobile to big data, local to logistics, Terry will cover what you need to know now to keep 21st century customers satisfied..

These ideas can also be combined with his ON Innovation speech and Disruption topic. Read Less ^

The Impact of AI In Healthcare

Robots caring for our elderly? Printing ears that hear? IBM’s Watson diagnosing our maladies? What are the impacts of AI and other technologies in our healthcare and how can we take these disruptions and use them to innovate to our advantage? Read More >

Terry Jones is an expert on disruption. He disrupted travel with Travelocity, then disrupted Travelocity.com with Kayak.com.

An expert on AI and the future of technology, Jones has consulted with health care and other industries worldwide on disruption and innovation. He encourages them to take risks testing new business models and that to change the world disruptions don’t have to change everything, many times it’s just one thing. UBER and Travelocity didn’t change a product, just how your purchase it. Read Less ^

"You challenged me more in 50 minutes that I’ve been challenged in the last 20 years."

“I think the most meaningful part can be summed up in the following: Inspire. Engage, Convert. It is relevant for us to use AI to determine customer intent to help them make a decision more quickly. Much better conversion.”

His willingness to share his knowledge and his ability to open the minds of our audience and focus on their future in the online world was remarkable.

"You offered real promise and hope for these struggling companies because of your success."

“I loved it! He was entertaining and engaging and really shed light on how AI will be the future. It was a very well articulated explanation of AI’s relevant history and why and how it’s important to the future of our business.”

"Terry Jones really delivered. His presentation was highly rated and was right on target for an audience of diverse business types and sizes. Well done."

"Your speech exceeded even the highest expectations that I had for you.  The substance of your speech was thoughtful, provocative, challenging, inspiring and comprehensive.  Not only did you have a lot to say, but you said it very extraordinarily well.  Your delivery was fabulous."

"I just wanted to take a moment and thank you for one of the most interesting, funny and yet very informative speeches I have heard in almost two years."

“Very excellent and would be a GREAT speaker for ALC! What a great story/presentation. Greatly appreciate the opportunity afforded to me to attend this awesome summit, thank you!”

"I enjoyed your presentation tremendously! I admire your ingenuity and your natural ability to present so much in so little time!  You were definitely "speedy" and made it "convenient" to follow your presentation...I never even peeked at my Blackberry once during your presentation!"

"On behalf of the Firm…thank you for all your help with our event today. Terry Jones gave a fabulous and thought-provoking presentation!"

"Our partners have new energy and focus on innovation for our firm and our industry after listening to Terry. Terry Jones is a master innovator, and knows how to translate his experiences disrupting business models into practical advice for businesspeople across industries."

"He was absolutely AMAZING! His entire presentation was captivating. Everyone loved him."

"You brought so much passion and energy to your event in New York…I’m certain that our program in France will be all the more successful thanks to your participation."

"Your comments created quite a bit of conversation among our executives and that’s just what I was hoping for! Thank you for help make the conference a success."

"Loved your use of visual – I was engaged from beginning to end!"

Disruption OFF: The Technological Disruption Coming for Your Company and What to Do About It 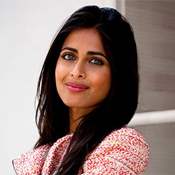