For over 15 years, The Water Coolers have entertained audiences around the world, as far reaching as Singapore and Australia, with their high energy, uncommonly funny, authentic take on work and life. Smart phones, conference calls, kids, co-workers, errant emails, and travel are just a few of the topics this group of top NYC talent turns into hilarious sketch comedy and song. Imagine the funniest YouTube song parody you’ve ever seen performed live and you’re pretty much there. They are one of the few acts to win Event Solutions Magazine’s Spotlight Awards for Entertainment of the Year multiple times. Read More >

In addition to their long-standing place as a top comedy act in the events world, they’ve recently added a keynote presentation to their offerings. Using their unique mix of music and comedy combined with real-world practical tips, their laugh-out-loud keynote, “Getting to Great Performance,” has been described as engaging, motivational, amazing, relevant, on point, unforgettable, and brilliant by audience members.

The Water Coolers writing team is a mix of professional comedy writers and people working in the "real world" and headed up by one of the creators of New York's longest running comedy hit ever, Tony ‘N Tina’s Wedding.

The performing cast is made up of New York professionals with resumes including top comedy clubs like Igby's, the Improv, the Comic Strip, and the Icehouse as well as  Broadway productions of such shows as “Wicked,” “Rock of Ages,”  “Legally Blonde”, “The Adams Family” “Chicago” “Hair”, “Pippin”, “In The Heights ,” “Les Miserables,” “Mamma Mia,” and many more. Read Less ^

Getting to Great Performance

Imagine a keynote that completely engages your audience, pumps the room full of energy, and delivers relevant, easy–to-apply tips on how to knock down barriers that stand between you and top-level performance. Well you don’t have to imagine. The award-winning singing comedy act, The Water Coolers, can deliver it right now. Read More >

They combine insights from two places: their writing team – which includes both business people and professional comedy writers; and their cast members – performers who compete and win in the most competitive market in the country, New York City.  Together, they convey a fresh, unique, authentic perspective about achieving and maintaining peak performance in today’s world.

The result? High-energy, crazy-great singing and hilarious, relatable comedy that brings smart content to life. Using song parodies and sketch comedy, they keep attendees howling with laugher and self-recognition. This is what makes content stick. Really stick. Like “Conjunction Junction, What’s Your Function?” stick. (See, you remember that, don’t you?)

Attendees will take away techniques in 3 areas.

This unique keynote is the best of all worlds – a keynote that’s current, funny, and fresh, brought to you by the folks that have been getting standing ovations around the world for the last 15 years. Read Less ^

If you've talked about it around the water cooler, odds are The Water Coolers have a hilarious song about it. Your audience will love the way they send up the crazy-making aspects of having a job – annoying co-workers, office distractions, the pitfalls of electronic communication, keeping up with technology to name a few. They can also write custom songs specifically for your audience and event. Read More >

And it’s not just for corporate nine to fivers. Over the years they have developed specialty material for many different professional audiences – for example, for physicians a song about self-diagnosing patients to the tune of “I Heard It through the Grapevine” called “I Read About It Online.” Read Less ^

The Water Coolers open with a roof-raising number customized to the event that tells the audience, tonight will be special. They keep the energy high with mini-tribute songs introducing the key awards, award categories, departments, or individual winners. Upbeat keyboard music plays while winners cross to the stage and they cap off the event with a rock anthem style comedy finale featuring lyrics written specially for the entire group of winners or organization. Read More >

As with all their material the approach is celebratory, completely appropriate, and always funny. If you’d like, they can also weave in short sets of material from their act to infuse even more entertainment throughout the evening. It’s completely up to you. Read Less ^

The Water Coolers will use their trade mark super funny songs to warm up, refocus, refresh, and energize your audience as they host or emcee your program. Each hosting job is unique, but here’s an example of how they can provide a motor that delivers momentum and clarity to the event. Read More >

They might kick off the program with a 15-minute music and comedy performance to warm up the audience and focus them on what’s ahead. Then they musically introduce the speaker that follows them, bringing him or her onto the stage seamlessly to keep the momentum going and return to the stage as needed to transition the program from topic to topic and speaker to speaker. After a break, they may do a comic rock number called "Gotta Take a Seat Now" that brings people back from the break and refocuses them on the stage so that the next speaker gets maximum impact. To wrap up, they often do a custom big send-off rock anthem. Read Less ^

"As always, you guys killed it! Thank you so much. I tried to catch you backstage before you left to give you all a high five.  Please tell the team that you guys are the best at what you do.  Client LOVED!!! it!  Safe travels, can't wait to work with you all again."

"The custom songs had the audience in hysterics.​ The Water Coolers hosted two award shows... I’ve heard nothing but rave reviews from our attendees, calling both shows the best ever. I recommend the Water Coolers for any event, especially if you want to start with a bang or end on a high note."

"I am still laughing. Their keynote presentation was an energetic and hilarious kick off to our conference.  As a bonus, they are delightful to work with."

"It was a fantastic show...a tremendous success for us. Thank you very much for all the hard work, creative writing, and exceptional talent that went into producing The Water Coolers show for Pacific Life Annual Recruiting and Marketing Meeting. Thank you for making us look so good to our attendees and for creating a truly memorable night."

"Home run! Feedback has been overwhelming. The specialized lyrics were spot on. I'm sure you could feel the energy from the room -- ​people had cramps from laughing! Thanks again...for adding so much to the experience for our clients and partners." 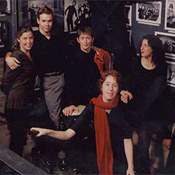 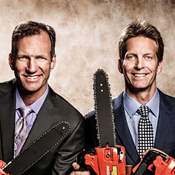