Jon Wee and Owen Morse have been educating and entertaining audiences together for over 20 years; they have one of the longest standing partnerships in corporate entertainment, a true demonstration of The Power of Partnership. The message they deliver has such impact that they were inducted into the Speaker Hall of Fame (CPAE). Read More >

Owen Morse and Jon Wee met in 1986 at a juggling convention and instantly knew they were destined to be a team. But they decided to graduate from college first, which they both did. Rather than pursue careers in Economics and Psychology, they lit some torches, and started throwing stuff into the air. Two weeks after their first performance together they won the Silver Medal at the International Juggler's Association Teams Competition. The next year they won the Gold.

They have appeared on The Tonight Show, The Today Show and were finalists on America's Got Talent. They are at the top of their craft, with performances at the White House and in London for Prince Charles. Their first feature film was “The Addams Family Movie,” where Jon and Owen doubled for Gomez (Raul Julia) and Uncle Fester (Christopher Lloyd) in the climactic Mamushka dagger-passing scene. The also appeared in the award-winning comedy documentary, “The Aristocrats.” Recently they were seen on CNN’s Road Warriors, The Mike Huckabee Show on Fox and made a special guest appearance on Hell’s Kitchen with Chef Gordon Ramsay.

Add the Just for Laughs Comedy Festival, The Great American Comedy Festival, MADtv, AOL's "TV's Top 5," The Wall Street Journal, the Jerry Lewis MDA Telethon, four Guinness World Records, their own theater show, "The Passing Zone Saves The World!" and you have one of today’s top comedy acts in the world. Read Less ^

Onward and upward! Now more than ever, people need to feel uplifted. We have been enduring a challenging time, and as the world opens up, opportunities abound for your people to reach a new elevation. And have more fun! Read More >

Sometimes the simple measures work best, to heal, move forward, and become the best you can be. As any good doctor will tell you, “Elevate and apply I.C.E.” (Innovation, Collaboration, and Execution). These three concepts are crucial for the success of any group, post-pandemic, or any time.

Jon and Owen will take your people on a wild ride, full of laughter, crazy stunts, audience interaction, and mind-blowing skills. While they are doubled over with laughter, the audience will see themselves, one another, and their goals with a whole new perspective.
It’s time to Elevate: apply I.C.E! Read Less ^

Juggle-Nomics: What Comes Down, Must Go Up!

Your people are experiencing challenging times. No matter what the state of your company or organization, your people are worried. They are worried about their job, their spouse's job, their mortgage, their investments, and their future. Everywhere they turn, they are bombarded by messages of fear and uncertainty, and those messages are starting to take a toll, if not on their productivity, then certainly on their mood, outlook and happiness.

Even with serious matters to discuss at your upcoming event, a somber atmosphere is not the answer to your event's success. Your event should infuse your people with energy and enthusiasm. It should help them feel good, creative, and productive.

Let's face it, these difficult times are not going to last forever. Already, people are tired of hearing the bad news, and they are desperate to feel good again. Coincidentally, juggling and economics work on the exact same principle: "What comes down, must go up!" Call it logic. Call it optimism. We call it "juggle-nomics." "What Comes Down, Must Go Up!" is a new presentation by The Passing Zone that will bring joy and happiness to your event, show what is possible when people stay focused, emphasize the importance of relationships and collaboration, and inspire excellence

Teamwork: The Power of Partnership

Many speakers talk about teamwork. Jon and Owen do it. Their success is proven, their talent unique, and nowhere else will you see such an exciting demonstration of the amazing things that can be accomplished when people work together.

The Passing Zone is a comedy duo who not only work together - their safety is in each other's hands! Every moment of this presentation is a clear example of collaboration between two people who have prepared, who rely on each other's strengths, who communicate, trust, and have fun cooperating. Their entertaining and inspiring performance uses big laughs, exciting stunts, and flawless teamwork, creating an unforgettable experience for any industry.

Throwing chainsaws, balancing on each others' shoulders while juggling flaming torches, demonstrating teamwork by getting people from the audience to participate - are all part of Teamwork: The Power of Partnership. Imagine your CEO standing in the middle of flying sickles and blazing torches! They even juggle three people from the audience in their exciting piece - People-Juggling. 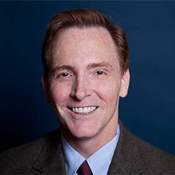 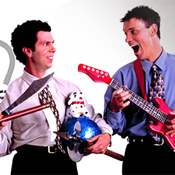