Theo E.J. Wilson is a founding member of the Denver Slam Nuba team, who won the National Poetry Slam in 2011. He's also known as “The New Black Klansman.” He began his speaking career in the N.A.A.C.P. at the age of 15, and he has always had a passion for social justice. He attended Florida A&M University, where he obtained his B.A. in theater performance. Upon graduating, he interned as a full-time actor at the St. Louis Black repertory company. Read More >

Wilson is the executive director of Shop Talk Live, Inc. The organization uses the barbershop as a staging ground for community dialogue and healing. In 2013, Wilson began speaking with "Rachel's Challenge," an organization dedicated to ending school violence through compassion. After viral video success beginning in 2015, he published his first book in 2017, The Law of Action. The book addresses some of the misconceptions about the law of attraction and the role direct action plays into manifestation. Read Less ^

TEDx: A Black Man Goes Undercover in the Alt-Right

Seeing the Wound: The Cost of Colorblindness

Doing the right thing can be confusing. For decades, the messaging for addressing racism was to be 'colorblind,' trying not to see race. As a result, we often went blind to racism itself, and there was a dollars and cents cost. Theo E.J. Wilson's unique perspective having infiltrated the Alt-Right as a BLM activist puts a divided America in perspective like no one before. In this speech, Theo cuts through the crossfire to bring a practical approach to DEI that involves looking squarely at the wounds of racism from multiple points of view to find the common ground color-blindness intended to find. Then, he weaves in the financial components of creating a win-win racial equity culture, and even adds some Slam poetry to spice up the event. A must-see, one-of-a-kind presentation.

Theo Wilson: The New ‘Black Klansman’ Who Went Undercover in the Alt-Right!

Why did a Black Lives Matter activist infiltrate the new wave of online white supremacy? How did he predict incidents like Charlottesville and January 6th before they happened? Does White America suffer from undiagnosed racial trauma that makes conversations so challenging? How do we educate those afraid of ‘Critical Race Theory’ about the real need for DEI? Theo talks about his journey into the dark-web as he uncovered the roots of the resurgence of hatred in America, the roots of American Neo-Fascism, demographic shift, and how to bridge the gap in an increasingly divided America. A must-see talk!

The #MeToo movement forced men of all races and backgrounds to assess their toxic relationships with women and their own masculinity. But, men of color faced a huge obstacle in confronting their patriarchy; their own history of oppression. Theo unpacks his own toxicity as a man of color, intersectionality and the spectrum of privilege, and gems that apply to any man on the road to recovering healthy masculine behavior. This talk is not to be missed. 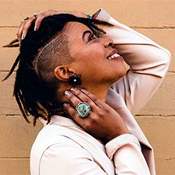 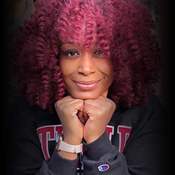