Wendy Sachs is a documentary filmmaker, Emmy-award winning television producer, author, writer and sought-after speaker. She is also a former Capitol Hill press secretary and the author of two critically acclaimed books about women and careers: Fearless and Free—How Smart Women Pivot and Relaunch their Careers and How She Really Does It: Secrets of Successful Stay-at Work Moms. Read More >

Wendy has appeared on dozens of radio segments, TV shows and podcasts including, NBC’s TODAY show, MSNBC’s Morning Joe, ABC’s Good Morning America, CNN’s Headline News and others. She is a senior columnist for Forbes Women and has written for Fast Company, Time, Business Insider, The New York Times, CNN and others.

An expert on career pivoting, building confidence and the importance of risk taking, Wendy has given keynote addresses at companies and organizations around the country including, Google, LinkedIn, The World Bank, Ziff Davis, Citi, Goldman Sachs, Aon, JLL and the Texas, Massachusetts and Pennsylvania Conferences for Women. She speaks to a wide range of audiences about how to embrace failure, become fearless and create opportunity. Believing your network is your currency, Wendy teaches women how to create meaningful connections and position and strategically brand oneself in the social media age.

Wendy also speaks to high school and college students including talks at Northwestern University, Indiana University, and the La Pietra Hawaii School for Girls. In 2017, Wendy delivered a highly regarded TEDx talk in Boston called “Harnessing the Power of Humiliation.” She has been recognized by MAKERS and was named on Forbes.com as a “40 Over 40 Woman to Watch.”

Wendy’s documentary feature film Surge, which she co-directed and produced, is about the record number of first-time female candidates who ran, won and upended politics in the historic, barrier-breaking 2018 midterm elections. The film follows three women from Texas, Indiana and Illinois including Lauren Underwood, the youngest Black woman to ever be elected to Congress. Surge premiered on Showtime in September 2020 and is currently airing on Amazon as well. Wendy is also the producer of a documentary about Facebook that will air on CNN in 2022. Read Less ^

TEDx: Harnessing the Power of Humiliation

Wendy Sachs has interviewed scores of politicians, celebrities and CEOs. She has moderated dozens of panel discussions and brings humor, sharp skills and authenticity to the stage, engaging with her audience and creating a memorable experience.

Harnessing the Power of Humiliation

Humiliation is a powerful feeling. It's a cousin to embarrassment but cuts much deeper. It's a loss of dignity and pride. But an interesting thing can happen after one feels humiliated — we are now not afraid. Instead of fearing failure and its humiliating aftermath, we've experienced rock bottom and that liberates us to take risks and to be bold. By learning to lean more on ourselves, what comes out of humiliation is confidence and courage. No one roots for humiliation, but it may just be the most transformative life experience of all. In this empowering talk, Wendy shares her own personal and professional experiences including being fired three times. Wendy shows how to handle the humiliation and discusses the growth and resilience that comes from the experience. Read More >

(The talk can be adapted for corporate audiences, students or different organizations) Read Less ^

Many of us think of confidence as a state of mind, an optimistic “can do” attitude. Some people brim with confidence, while others don’t. Shockingly, studies show that success correlates more closely with confidence than it does competence. But just as surprisingly, confidence seems to have a deep rooted, genetic factor as well. It turns out, some people may be hardwired to be more confident. The good news is that confidence is also a muscle that can be strengthened. In this talk, Wendy shares how people can grow their confidence through small steps that involve risk taking, embracing failure and pushing one’s boundaries. She discusses how to face down fears and roadblocks and how body language and the words we use can hold us back. In this talk, Wendy also shares strategies for how to hack your way to a more confident self by “faking it until you become it.” We may not all be able to strut in a gold bodysuit like Beyoncé, but we can become a badass in our own lives by making some small changes that have massive consequences.

The celebrated startup model of disruption that feeds on failing fast and pivoting is not a typically female one. Women tend to be cautious. We overthink our next moves, get paralyzed by fear and simply don’t act. We might be safer, but we’re also stuck. What if there were a formula to make us feel brave and become the ultimate boss of our careers? In this talk Wendy discusses the self-imposed barriers that hold women back from perfectionism to fear of failure to using power-draining words like “Sorry.” In this talk, Wendy empowers us to embrace an open, entrepreneurial mindset and to think of ourselves as engineers of our own destinies. This keynote will teach us how to be fearless to pivot or totally relaunch our careers.

"Thank you, Wendy, for a fantastic session! Our customers were thrilled with your presence and energy! It generated a fantastic buzz and the event and through our social media channels."

"Wendy spoke at the World Bank's inaugural Women's Career Conference, delivering a memorable speech on how women can advance in the workplace. Her storytelling is authentic, humorous and relatable to women at all career stages. I would highly recommend Wendy as a speaker for any women's forum."

"Wendy spoke as part of our guest speaker series for our internal Women’s Leadership Program. She shared valuable advice and insights from her extensive research as an author and real-life experiences working across different industries. Her content is honest, relatable and actionable for women in business. To anyone looking to inspire, engage and spark thoughtful conversation, Wendy is your answer."

“Wendy, thank you so much for engaging the women leaders of the Adecco Group in a candid and supportive conversation about being a working mom at our Women’s Leadership Conference. Your candor about your own personal experience and the experiences of the women from your book, How She Really Does It resonated with each one of us at a personal and professional level. Each one of us walked away inspired and proud to be a part of the working mom community – thank you!”

Fearless and Free: How Smart Women Pivot and Relaunch Their Careers 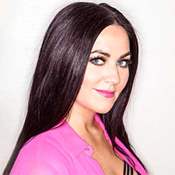 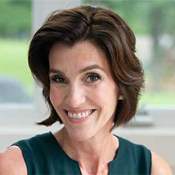 Inspirational Speaker, From the Pit of Despair to the Peak of Success 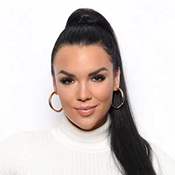