Bonin Bough is one of the foremost-awarded marketing executives in the world, the host of CNBC’s Cleveland Hustles, and the author of Txt Me (646) 759-1837. As one of the youngest-c-suite executives at a Fortune 50 Company, he has worked for billion-dollar CPG brands including Mondelez and PepsiCo before starting Bonin Ventures - a growth accelerator that helps businesses of all shapes and sizes achieve revenue growth faster than they ever believed possible. Read More >

Bonin has been responsible for some of the most successful organization transformations, and the rapid growth of some of the world's most-loved billion-dollar brands including Oreo, Cadbury's, Pepsi, Gatorade and Frito-Lay. Most recently, as the Chief Growth Officer of SheaMoisture, he helped grow the business by close to 50% in 12 months leading to the company being acquired by Unilever for close to $1 billion dollars.

During his time as Chief Media Officer at Mondelez International, Bonin managed over $3 Billion dollars in media spend, making him the seventh largest media buyer in the world. Highlights from his tenure include shifting the organization from just 3% to over 32% digital spend - adding $2 Billion in top line net revenue and $300m in bottom line savings. He helped brands like Sour Patch Kids become the fastest growing candy brand in the world. When he added eCommerce to his role, he grew online sales from $65m - $265m in the 18 months that he ran it. Before that he led digital globally for PepsiCo and built two global digital agencies prior to that one for IPG.

Found consistently at the forefront of thinking and execution in innovation, Bonin is recognized as one of business’ hottest rising stars and one of the industries top mobile marketers. He has been inducted into the Advertising Hall of Achievement. He can also be found in lists such as Fortune’s “40 under 40”, Fast Company’s 100 Most Creative People in Business, Ebony’s Power 100 and The Internationalist’s Internationalists of the Year. Read Less ^

CNBC Prime : A Path to Success

In this virtual presentation, Bonin highlights the incredible stories of businesses getting creative amidst the chaos of COVID-19, and how they are reinventing themselves to overcome the crisis. Bonin also discusses how the current climate has affected businesses and their respective industries, ranging from retail to travel to healthcare to CPG and HR. He shares the positive innovations that have come from pivoting away from normal business functions to better serve communities and consumers.

Hackonomy: Creating Value by Breaking Your Organization, Your Processes & Yourself

How do you create value by breaking things? In this hour-long keynote Bonin takes your audience on a journey to discover how they can hack their business, their way of doing things, and ultimately themselves. Most think that the word “hacker” sounds negative, but not all hackers are bad. Instead, hackers and hack-thinking are the source of a monumental, positive shift in business, technology, startups and culture all over the world. Hackers can create immense value by breaking things, whether it’s breaking from tradition, process, or simply “the way we’ve always done things.” A new hacking economy – or “hackonomy” – is spreading quickly across industries, from software to hardware, aviation to space exploration.  Hacking is even changing less obvious parts of human life, like dating. And, of course, the hackonomy has a huge impact on marketing.

Learn how to drive innovation across your organization from someone who did it at the largest companies in the world. Bonin will share how he took brands like Oreo, Cadbury’s, Pepsi and Gatorade and helped them to drive strategic initiatives and develop leading-edge marketing campaigns. He will share how this groundwork eventually resulted in him taking Mondelez International’s e-commerce business from $65MM to 265MM in the 18 months that he ran it. You’ll learn how break-through communications, combined with customer data, is set to create an entirely new and direct relationship with the consumer. Bonin will share the real-life story of how he leveraged this methodology to grow Sundial Brands (Shea Moisture) from $250-350m before they were acquired by Unilever for close to $1 Billion. He will also share how he is now working with a portfolio of companies who are developing the technologies and platforms that will help your organization to unlock this type of success in the future.

Talent is the single most important determinant for success. In this keynote Bonin shares his experiences from launching the world’s first talent accelerator and helps your audience realize their potential, utilize their strengths, and ultimately to catapult their career. He guarantees a truly life-changing experience!

How do you transform traditional formats into breakthrough communications experiences? In this keynote, Bough share the latest experience-marketing tools and the looming trends modern communicators must embrace to engage today’s customers. You’ll hear innovative ideas and learn a new methodology guaranteed to take your visions for greater reach and ROI from fantasy to reality.

What can large brands teach small start-ups? In this presentation, Bough share my experience from working with ten small businesses during my time as the host of CNBC’s Cleveland Hustles. Find out the real stories behind the businesses featured on the hit show and inspire your attendees to apply these same growth-hacking techniques to their own brands.

“Thank you for coming to Boca and being with us!  Bonin, thank you for your amazing, powerful speech!!! You are a rock star to our industry and it is such a privilege having you on our program and for so many attendees to meet you, see you again and get to spend time with you. You made our event a great success!”

"Bonin is a high energy, crowd-pleasing speaker who leaves your audience inspired and with actionable next steps."

“Bonin was outstanding. All of the feedback is that Bonin is the best speaker we’ve ever hosted – even following Daymond John and Mike Walsh from the past two years.  He spoke at a breakout session we had for investors the night before and then stuck around for hours at our after-party. At the last minute I asked if he’d consider doing a breakout session for area marketers and he agreed. He told me multiple times “he’s working for me” and was incredibly accommodating. On top of that, he was just a nice, approachable person who seemed genuinely interested in helping people.”

“Bonin Bough is the kind of inspirational figure who could get an entire room enthused about watching paint dry, and desperately investigating new ways to improve the experience. He is inspiring and horribly disruptive. If you’ve never seen him speak, stop reading this and watch one of his videos.”

Txt Me: Your Phone Has Changed Your Life. Let's Talk about It

Marketing guru: Companies have a chance to stand out 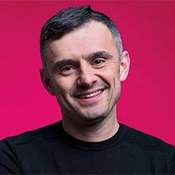