As a technology strategist and certified futurist, Crystal takes complex social media, app, and web topics and makes them easy to understand and accessible for everyday people.

Crystal’s clients comprise Fortune 500 companies including Google, Microsoft, and GE, and as a sought-after keynote speaker, she has entertained and educated audiences around the globe.

As one of Forbes’ 50 Leading Female Futurists, She appears weekly on season two of the Emmy nominated show, Life 2.0 and she’s appeared in numerous publications including Entrepreneur and Bloomberg Businessweek. She is regularly called on by major television networks as a tech expert.

Crystal is the author of the books One Tech Action and The Social Media Why. Read Less ^

The Future of Work is Here

Brand Yourself in an Increasingly Digital World

"The audience response to her content has been amazing. Crystal's energy, passion, and expertise simply wows."

"She recharged the audience, had them laughing, energized and engaged in a topic near and dear to all of us."

"I just returned from a 3-day conference in Chicago attending social media training seminars, and I learned more from you in half an hour than 72 hours there."

"Crystal's style is incredibly dynamic and energetic, but her most powerful skill is her ability to create meaningful conversation. Top 5 industry presenters I've seen in 20 years!" 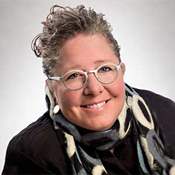