For more than 35 years, Debbie Gibson has been a true pioneer and force in the entertainment industry. A singer, songwriter, producer, musician, actor, and entrepreneur, she embodies what it truly means to be an icon. Read More >

A music prodigy, Gibson burst on the Billboard Pop Charts at the tender age of 16 with the self-penned “Only In My Dreams.” The “Original Pop Princess” quickly became the youngest artist ever to write, produce and perform a No. 1 hit song, “Foolish Beat,” on the Billboard Hot 100 and entered the Guinness Book of World Records. To date, she is still the youngest female to hold that record. Less than a year later, she did it again with her self-penned and produced hit “Lost in Your Eyes” making her to date the sole female artist to have written, produced and performed two No. 1 songs on the Billboard Hot 100. She also holds the title of the youngest artist to be awarded ASCAP Songwriter of the Year. Gibson has sold more than 16 million albums worldwide and released 10 studio albums and five compilations.

After conquering the pop world with 3 consecutive albums and world tours, she set her sights on the theater and starred in 17 musicals in 17 years. Gibson made her mark in the Broadway production of Les Miserables as Eponine. She broke box office records in the London West End production of Grease as Sandy. She then took the stage in the U.S. Broadway tours of Grease as Rizzo and Funny Girl as Fanny Brice. Gibson also wowed critics as Belle in Disney’s Beauty and the Beast, Gypsy Rose Lee in Gypsy, The Narrator in the national tour of Joseph and the Amazing Technicolor Dreamcoat, Cinderella in the national production of Cinderella with Eartha Kitt, Velma Kelly in Chicago, and Sally Bowles in the Broadway revival of Cabaret with Neil Patrick Harris.

In 2016, Gibson created, executive produced and starred in Hallmark Channel’s “Summer of Dreams”. The original movie was the highest-rated and most-watched movie premiere in the network’s “Summer Nights” franchise with 2.5 million total viewers, becoming the No. 1 rated program and telecast on August 27. “Summer of Dreams” was also the week’s most social original movie premiere across broadcast and cable, attracting the most Unique and Interactions on Facebook and Twitter combined than any other original movie premiere. She reunited with Robert Gant to walk down the aisle in the sequel, “Wedding of Dreams,” which premiered September 8, 2018, on Hallmark Channel.

She celebrated the 30-year anniversary of her pop career, including her mega-hit album Electric Youth and biggest single “Lost In Your Eyes,” with her commemorative, retrospective 10 CD / 3 DVD box set We Could Be Together. In 2019, Gibson launched her bi-monthly radio show, “Debbie Gibson’s Mixtape,” on SiriusXM, and performed 55 shows on the mega successful 53-city North American Mixtape Tour selling 600,000 tickets with NKOTB. She also served as a celebrity judge alongside Ciara and host Nick Lachey on Nickelodeon’s first ever competition show “America’s Most Musical Family.”

On January 10, 2020, “Girls Night Out” was digitally released. DJ Tracy Young’s #VegasVibe remix was the most added record and No. 1 breakout hit, soaring to No. 4 on the U.S. Billboard and U.K. Music Week charts. In fall of 2020, Gibson’s debut album Out of the Blue was reissued on blue vinyl as an exclusive to Barnes & Noble and skyrocketed to No. 1 in sales during its pre-order run.

2021 was a busy year for Gibson. Her guest starring role in the musical episode of “Lucifer” debuted May 28 on Netflix. She completed her “Debbie Gibson & Joey McIntyre: Live from Las Vegas” mini residency at The Venetian® Resort Las Vegas. Gibson released a new duet of “Lost in Your Eyes,” featuring Joey McIntyre, as well as the DJ Tracy Young co-penned “One Step Closer,” with an exclusive remix debuting on the Debbie Gibson Peloton Ride. Her first pop album of original material in 20 years, The Body Remembers, came out on her own label Stargirl Records to rave reviews. The new album promptly shot up to No. 2 on the Apple Pop Sales Charts and achieved one million streams in its first month.

Gibson shows no signs of slowing down. Earlier this year, Stargirl Records released “One Step Closer Remixes” reaching No. 3 on the Swiss dance charts and landed at No. 8 on the Commercial Pop MusicWeek chart in the UK. Gibson is the new brand ambassador for Dr. Kellyanne’s Bone Broth and appeared on CBS Secret Celebrity Renovation. In June, Gibson embarked on a 15-city U.S. solo tour of The Body Remembers and, in August, celebrated the 35th anniversary of her debut album Out of the Blue with three sold out shows in NYC. Her first full length holiday album Winterlicious will be released October 21 and her holiday tour of the same name will kick off November 25. The 14-track album contains a blend of classics, a duet of “White Christmas” with her Daddy Joe and originals, including a duet called “Heartbreak Holiday” with her other favorite Joe, Joey McIntyre, co-written by the pop soulmates themselves. In addition, the holiday album will include a 30th anniversary edition of “Sleigh Ride Remastered,” that will continue to benefit the Special Olympics.

From No. 1 hits and platinum albums to starring roles on stage and screen, Gibson is a true force in the entertainment industry with timeless talent and charisma. Read Less ^

Debbie’s popular trash videos have inspired people to find the joy in the mundane and to navigate life’s challenges through humor and song. Kick up your heels and get ready for an energy shift ‘cuz it’s a beautiful day in your neighborhood!

Be vital and vibrant at any age and never count yourself out. Debbie gives an inspirational talk about how she has defied negative stereotyping as a teenager and is still turning perception of aging on its ear.

In dealing with health challenges from adrenal fatigue to anxiety to Lyme disease, Debbie has learned to look inward and towards alternative, holistic, and energetic healing techniques. She looks forward to opening her toolkit and sharing what she has learned with the goal of helping empower others on their health journey.

Debbie started creating music at a time when males dominated the scene and broke ground as the youngest writer/producer of a #1 in history and is still the youngest female to date. She has sustained a 36 year career and 2022 sees her a “Solopreneur” as CEO of Stargirl Records and wearing multiple hats in the world of production, publishing and more. Debbie will inspire women of all generations with her story of grit, tenacity, work ethic, and determination.

Debbie speaks to fellow creators about the often challenging but oh so rewarding path of being in the arts. Debbie can accommodate offering critique in songwriting and performance to a limited number of selected attendees. 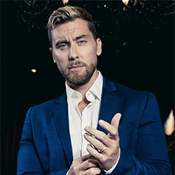