John U. Bacon has worked nearly three decades as a writer, a public speaker, and a college instructor, winning awards for all three. Bacon earned an honors degree in history (“pre-unemployment”) from the University of Michigan in 1986, and a Master’s in Education in 1994. In 2005-06, the Knight-Wallace Journalism Fellowship named him the first recipient of the Benny Friedman Fellowship for Sports Journalism. Read More >

He started his journalism career covering high school sports for The Ann Arbor News, then wrote a light-hearted lifestyle column before becoming the Sunday sports feature writer for The Detroit News in 1995. He earned numerous state and national awards for his work, including “Notable Sports Writing” in The Best American Sports Writing in 1998 and 2000.

After Bacon covered the 1998 Nagano Olympics, he moved from the sports page to the Sunday front page, roaming the Great Lakes State finding fresh features, then left the paper in 1999 to free-lance for some two dozen national publications, including stories on Formula One racing in Australia for The New York Times, on Japanese hockey for ESPN Magazine, and on Hemingway’s Michigan summer home for Time.

He has authored eleven books on sports, business, health, and history, five of which are New York Times best sellers.

Bacon has also pursued his passions for radio, television, coaching and teaching. In 2007 he was invited to give weekly sports commentary on Michigan Radio every Friday morning, which he still does. He also appears weekly on WTKA Sports Talk 1050’s The Michigan Insider, Michigan Radio’s Stateside, and occasionally on National Public Radio, which awarded him the PRNDI prize for nation’s best commentary in 2014. He appears often on TV, including HBO, ESPN, Fox Business, MSNBC, and the Big Ten Network, where he is a frequent contributor to both “Icons” series.

Bacon has taught at Northwestern’s Medill School of Journalism, and teaches at the University of Michigan, where the students selected him for the 2009 Golden Apple award, given annually to the University’s top teacher.

A popular public speaker, Bacon delivers speeches on the themes taken from his books, and coaching and teaching experiences – including leadership, diversity, motivating millennials, and creativity – to corporations, universities, and other groups around the country and the world. In 2011, the Michigan Chapter of Meeting Planners International (MMPI) named him “Speaker of the Year.”

Bacon is now an average hockey player, a mediocre Spanish speaker, and a poor piano player – but this has not stopped him from enjoying all three. He lives in Ann Arbor with his wife and son. Read Less ^

TEDx: Worst to First - Motivating the Next Generation

The Timeless Fundamentals of Leadership

John draws lessons from a variety of sources,his own experiences, and his best-selling book, Bo’s Lasting Lessons: The Legendary Coach Teaches the Timeless Fundamentals of Leadership, which Warren Buffett himself endorsed. John tells stories to underscore how great leaders listen, communicate, and make decisions. In this fast-moving and fun speech, John gives specific, direct advice leaders can use the next day. Bo Schembechler impersonation guaranteed.

In this popular presentation, John describes how the best companies – from Zingerman’s famed deli to the Michigan football team to Walgreens – spend a lot more time, effort and thought hiring their people, and much less dealing with mediocre performers, and firing them. John lays out a practical guide – supported by fascinating stories – for searching, interviewing, “auditioning,” and ultimately hiring the right people.

How to Create Creativity – and Manage It

Every company today must innovate to stay ahead of the pack. But how do you open the floodgates for creativity – and still make sure the trains run on time? John explains how some of our best organizations do it, and conducts several fun, fast-moving exercises of his own creation to make lasting points – points the participants can put to use immediately to be more creative, without losing the discipline necessary to be effective.

In this frank and refreshing discussion, John challenges us to face our fears, shines a spotlight on what we need to understand about each other, and makes it clear why expanding opportunities to more people makes us stronger. John’s ideas on diversity come from his research and writing about sports, from Jackie Robinson to Title IX to the NFL’s Rooney Rule, which requires all teams to interview at least one minority candidate for any head coaching vacancy. His speech is surprisingly, but appropriately, funny – often at his own expense. The bottom line is simple, however: we don’t seek to diversify to be charitable, but to be more successful.

Bacon derives the material for his talk on Generation Y from his experience leading the Ann Arbor Huron hockey team from the school’s worst to best in three years (despite being the worst player in school history – and he can prove that!) and teaching them at Northwestern and the University of Michigan, where he had received the highest evaluations on campus E (4.9/5.0) AND only SIX late papers out of 1700 students. Managing them should not be a mystery, and shouldn’t be a headache. They unfairly get a bad rap, when the responsibility to lead them is ours.

“I’ve seen hundreds of speakers, and Bacon is the best. I wish he had accepted our offer to run our training department!”

“I wanted to send you a note of most sincere and enthusiastic gratitude for everything you did for us during your visit. To say I have heard a chorus of rave reviews ever since Wednesday night would be a gross understatement. From “your best lectureship ever” to “he hit it out of the park,” “touchdown” and “total home run,” I have been showered with positive calls, e mails and getting stopped by staff in the halls to tell me they were inspired, touched and re-energized by your remarks. We all felt very special and very privileged to be there…Again, from my heart, thank you!”

“John, thanks again for presenting at our program. Your presentation was excellent and it definitely was a hit with our team. I’ve heard nothing but positive comments!”

"Thanks again for being a part of our annual Branch Team Conference for Region 14. I wanted to provide you a few comments from one of our associates: ‘John U. Bacon was superb! I can’t fully express in words how much his speech resonated with me. I wish I could have him talk to my kids and their coaches and teachers. More people need to hear his stories.’”

“Undoubtedly John Bacon was the best speaker we’ve ever had.”

“I wanted to let you know your evaluation score was a 4.9 out of 5.0 —the highest of all the events! And with all of the compliments I got from alumni – including the written comments, too — I couldn’t have been more pleased. You are a wonderful speaker, and it was a pleasure to work with you.”

The Great Halifax Explosion: A World War I Story of Treachery, Tragedy, and Extraordinary Heroism

Overtime: Jim Harbaugh and the Michigan Wolverines at the Crossroads of College Football

The Best of Bacon: Select Cuts

Cirque du Soleil: The Spark - Igniting the Creative Fire that Lives within Us All

Endzone: The Rise, Fall, and Return of Michigan Football

Fourth and Long: The Fight for the Soul of College Football

Three and Out: Rich Rodriguez and the Michigan Wolverines in the Crucible of College Football 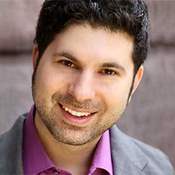