Leader of the Strengths Revolution

Once you’ve broken all the rules and launched your career by writing an instant classic management book, what do you do for an encore? If you’re Marcus Buckingham, you dedicate yourself to understanding what makes world-class managers excel, bottling it, and sharing it with the world. Read More >

Marcus is a global researcher and thought leader focused on unlocking strengths, increasing performance and pioneering the future of how people work. He founded The Marcus Buckingham Company in 2006 with a clear mission: to instigate a “strengths revolution.” It started, as all revolutions do, with the simplest of ideas: that when people spend the majority of each day on the job using their greatest talents and engaged in their favorite tasks, basically doing exactly what they want to do, both they and their organizations will win. In other words, companies that focus on cultivating employees’ strengths rather than simply improving on people’s weaknesses stand to dramatically increase efficiency and productivity while allowing for maximum personal growth.

Marcus first conquered the bestseller lists in 1999 with First, Break All the Rules. While the title may imply an iconoclastic streak, his continuing plea for managers to break with tradition has nothing to do with rebellion; instead, he argues, rules must be broken and discarded because they stifle the originality and uniqueness — the strengths — that can enable all of us to achieve our highest performance. The goal is to provide team leaders with the insights and tools they need to turn talent into performance and drive the organization toward greater success and productivity.

His latest book, Nine Lies About Work: A Freethinking Leader’s Guide to the Real World (Harvard Business Publishing, 2019) takes an in-depth look at the lies that pervade our workplaces and the core truths that will help us change it for the better.

As an internationally renowned thought leader and business expert, Marcus has been the subject of in-depth profiles in the New York Times, Fortune, Fast Company, Harvard Business Review, USA Today, and The Wall Street Journal and has appeared on numerous television programs, including Larry King Live, The Today Show and The Oprah Winfrey Show. He is routinely lauded by such corporations as Toyota, Facebook, lululemon, Coca-Cola, Box, Master Foods, Wells Fargo, Microsoft, and Disney as an invaluable resource in informing, challenging, mentoring and inspiring people to find their strengths and sustain long-lasting personal success. Building on nearly two decades of experience as a Senior Researcher at Gallup Organization, he currently guides the vision of ADP Research Institute as Head of People + Performance research.

In all of his speeches, Marcus demonstrates the correlation between strengths-driven, engaged employees and business fundamentals such as turnover rates, customer satisfaction, profits, and productivity. Challenging entrenched preconceptions about achievement to get to the core of what drives success, Marcus’s strengths-based approach is a win/win scenario that, without exaggeration, will define the future of work. Read Less ^

Nine Lies About Work: A Freethinking Leader’s Guide to the Real World

Your organization’s culture is the key to its success, where leadership is the backbone and strategic planning is essential. What do these widely-held beliefs about work have in common? They’re all lies. Based on extensive research from his best-selling book Nine Lies About Work, Marcus Buckingham shares how these popular beliefs about what makes a company successful actually contribute to its dysfunction and cause employee frustration. Marcus offers advice to audiences on how they can get past these misconceptions to discover what’s real and become reliable, freethinking leaders that push their organizations and employees to success.

Lead from Strengths: What Do the Best Team Leaders Do Differently?

What sets great companies apart? Survey data gathered over decades’ worth of interviews with thousands of team leaders and workers around the world reveals one simple truth: there are no great companies. When you look at performance in any organization, what you find is range. And the team leader is what makes the difference. Marcus will discuss what differentiates the great team leaders and how they turn talent into performance.

High-Performance Leadership: How Do You Build a Culture of Performance?

Learn the one thing that sets great leaders apart. Explore the 4 levers that leaders use to create a high-performing culture. Get clear about your organization’s core strengths.

Find Your Edge, Win at Work: How Do You Drive Personal Performance?

Excellence happens all the time in an organization, but it can be tricky to harness this excellence and make it work for you. So often, when companies try to reproduce what their best performers do differently, the result is just another lifeless policy that ends up constraining people instead of freeing them to do their best work. The trick is to help people put innovative ideas into practice without stifling the personal strengths that give them their edge. Read More >

In this speech Buckingham presents a customized best practice delivery system for both managers and employees. Using a simple, easy-to-remember scheme to identify each person’s unique combination of strengths, he gives individuals tips and techniques on how to put their particular edge to use. And managers will get lots of raw material to be better coaches based on the specific strengths of their team members. At the end of the speech, you will know how to move beyond the one-size-fits-all approach and find those practices that are best for you. Read Less ^

Architect a New World of Work: How Do You Future-Proof Your Organization?

Learn the 3 trends that will redefine the new world of work. Examine why all HR talent data is bad data — and learn the secret to producing good data instead. Discover the tools you need to build an agile, dynamic workplace that appeals to modern workforce.

What the World’s Best Managers Do Differently

What sets great companies apart? Survey data gathered over decades of interviews with thousands of managers and workers around the world reveals one simple truth: there are no great companies. Every company is made up of separate teams, and the performance of those teams, no matter how successful the company may be, varies widely. What makes the difference? The manager. Managers play a significant role in creating an environment within which individuals can thrive, discover their talents, and use their best selves daily. Great managers help people to identify and leverage their unique strengths. Read More >

Buckingham will discuss the four key demands a manager must fulfill in order to provide the kind of environment that enables people to achieve peak performance on a regular basis: select the right people for the right roles; clarify expectations of the manager and of the employee; engage team members by paying constant attention; and accelerate performance by maximizing strengths and neutralizing weaknesses. In short, his presentation will address how great managers turn talent into performance. Read Less ^

During Buckingham’s 17 years with the Gallup Organization, he helped to guide groundbreaking research on the world’s best leaders, managers, and workplaces. This research was used as a basis for his best-selling books First, Break all the Rules and Now, Discover Your Strengths. His subsequent best-selling book Go Put Your Strengths to Work forms the foundation for the Strengths-Driven Performance keynote. Read More >

Buckingham will present key data from a number of different industries demonstrating the correlation between performance and engagement. He discusses the factors at play with engaged teams vs. disengaged teams and drills down to the specific level that recent research indicates most impacts engagement: the extent to which employees have the opportunity to play to their strengths. When employees have the opportunity to apply their greatest strengths at work, they turbocharge their careers and everybody wins. Companies find their employees are more productive and their teams are more effective. Despite this, research shows a majority of people do not fully use their strengths at work. Buckingham will examine current corporate levels of engaging the strengths of employees and look at the psychological and practical obstacles that can get in the way of creating a strengths-based organization. Throughout his presentation, he will offer a number of different strategies to support people in leveraging the best of themselves and others in the workplace. Read Less ^

The many facets of great managing and great leading could be detailed endlessly, but Buckingham draws on a wealth of examples to uncover the single controlling insight that lies at the heart of each. Lose sight of this “one thing” and even your best efforts will be diminished or compromised. Success comes to those who remain mindful of the core insight, understand all of its ramifications, and orient their decisions around it. Buckingham backs his arguments with authoritative research from a wide variety of sources, including his own data and in-depth interviews with individuals at every level of an organization, from CEOs to hotel maids and stockboys. He cuts through the thicket of often-conflicting possibilities and zeroes in on what matters most, revealing the surprisingly different keys to great managing and great leading.

In the four decades since the beginning of the modern women’s movement, women have secured greater opportunity, greater influence, greater independence, more free time, and more money. Despite all those important gains, however, recent longitudinal research indicates that women have become more unhappy, anxious, and stressed during that same time period, and that they get sadder as they get older (while men, in contrast, get happier as they age). Buckingham will explore the data behind the startling findings on women’s happiness and discuss the lessons to be learned from happy, successful women who buck the statistical trends.

"Marcus Buckingham spoke two weeks ago and there's still so much positive buzz around the office about his presentation. He takes complex things and breaks them down. People said, 'How can I take this and make it happen for me?' People left wanting to do something, wanting to take action."

"Marcus Buckingham's presentation was thought-provoking and extremely relevant to our clients' current issues. His presentation style was engaging, entertaining, and extremely genuine. We've completed the program survey for his keynote and have given Marcus a 10 out of 10!"

"Marcus Buckingham was GREAT! I got a lot of positive feedback from all our company's participants, and consider the meeting to be very successful overall. Working with Marcus Buckingham and his team was a fantastic experience."

"Marcus is the most engaging and useful business speaker working today. His advice is grounded in research and at the same time appeals to common sense."

- The Wharton School, University of Pennsylvania

"Marcus Buckingham was just starting to interest and charm 4,000-plus Walgreen store managers when the fire alarm in the huge Las Vegas ballroom went off. The crowd grew noticeably anxious as bright lights continued to flash, but not Marcus; and before too long, not our audience. His well-researched and very well-delivered remarks overcame adversity few speakers ever encounter. What impressed us all was how well Marcus had done his homework. This was no generic speech—it related to our business and our people, in a motivating, challenging and useful way."

"On a scale from 1 to 10, Marcus was a 10. Marcus was excellent. He was engaging, interesting, thought-provoking, funny, and very genuine."

Nine Lies About Work: A Freethinking Leader’s Guide to the Real World 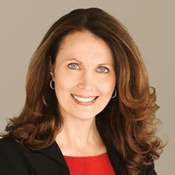 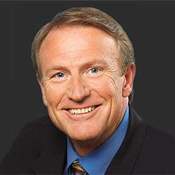