Masih Alinejad is an Iranian-American journalist and women’s rights activist who gained worldwide attention when she removed her veil, or hijab, and posted a photo on her Facebook page standing proudly with her hair blowing in the wind. From that, My Stealthy Freedom was born—her viral social media campaign against compulsory hijab that became the biggest civil disobedience movement in the history of the Islamic Republic. Today, it has almost 11 million followers. Read More >

Iranian authorities responded violently, arresting protesters and violating their rights while in custody. Alinejad continues to oppose the compulsory hijab and to speak out in defense of her fellow activists. She is one of the most prominent and vocal opposition figures challenging the Islamic Republic of Iran. She offers valuable insights into the unfolding protests in Iran and what it means for U.S. foreign policy.

Described by The New York Times as "The woman whose hair frightens Iran," Alinejad wrote the widely acclaimed, bestselling memoir, The Wind in My Hair, sharing her extraordinary story about living in exile, leaving her country, challenging tradition and sparking change. An inspiring account about political activism, family, heritage, overcoming adversity and more, Alinejad offers a compelling and shocking look at the realities of the world we live in.

Alinejad’s activism started early. Growing up in a tiny village in Iran in a traditional family, she didn’t understand why girls were virtually banned from doing almost every activity boys were allowed to participate in. To get around it, she made a deal with her brother. He would teach her how to ride a bike and swim, take her to a stadium and do lots of other activities that were outlawed for girls if she walked with him at night to the outhouse—he was scared of the dark.

That small gesture changed her life as she tasted the freedom to do what she wanted. She became politically active and began fighting for human rights, which led to her being kicked out of high school, college, parliament and eventually her country. Her story is a tale of overcoming adversity and discrimination.

The Fight for Freedom in Modern Iran 1

The Fight for Freedom in Modern Iran 2

The Wind in My Hair

For Masih Alinejad, hope abounds. The Iranian-American journalist, women’s rights activist and founder of My Stealthy Freedom—her viral social media campaign against compulsory hijab that became the biggest civil disobedience movement in the history of the Islamic Republic—believes change is coming to Iran. The revolution has started, she says. In fact, what’s happening now with protests from women and men across the country is the beginning of the end of gender apartheid in Iran and Afghanistan. In this moving talk, Alinejad shares her story of growing up in a small village in Iran and her journey from “troublemaker” to activist and leader of the fight for women’s rights and overcoming adversity despite always going against the tide.

The Wind in My Hair: My Fight for Freedom in Modern Iran

The Exiled Dissident Fuelling the Hijab Protests in Iran

The Woman Whose Hair Frightens Iran

4 Writers to Watch This Summer: A Memoir That Came to Life When She Removed Her Hijab

10 best books of May: the Monitor's picks

The Wind in My Hair: My Fight for Freedom in Modern Iran 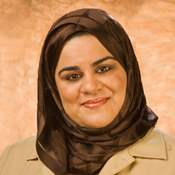