Matthew Luhn is a writer, story and branding consultant, creative writing instructor and keynote speaker with over 25 years' experience creating stories and characters at Pixar Animation Studios, The Simpsons, and beyond.  Read More >

Alongside his story work in Hollywood, Matthew also trains CEOs, marketing teams, directors and other professionals how to craft and tell stories for Fortune 500 companies, Academy Award winning movies and corporate brands.

Matthew's "Story Seminars" and "Story for Business Workshops" run in New York City, Los Angeles, London, and other major cities worldwide. His "Story for Business Workshops" and keynotes train business leaders and entrepreneurs how to use storytelling to bridge the gap between heart and business to build better brands and business communication, while his "Story Seminars" train attendees how to develop stories and write dialogue to create compelling stories and screenplays. His clients include Target, Procter and Gamble, Adidas, BMW, Sony, Mattel, Facebook, Charles Schwab, Microsoft, Warner Brothers, Google, Salesforce, and many more.

Along with his seminars and consulting work, Matthew has a sustained interest in teaching and empowering children around the world how to draw, write, and make films. Collaborating with The General Pencil Company, the first pencil factory in the USA, Luhn has created a series of "how to draw" books and art programs for kids of all ages. Read Less ^

How to Tell a Great Story

Storytelling is the #1 business skill necessary to connect, motivate, and lead people in today’s world. Stories compel us to engage in experiences, learn lessons, and define our values and ourselves within our organization. Matthew Luhn, a 20-year Pixar story veteran, brings his experience creating and developing 10 blockbuster films at Pixar, and provides practical strategies that teach and inspire people and teams to connect more effectively with audiences. Matthew uses the power of storytelling to bridge the gap between business and heart, driving your story toward one unforgettable selling point.

Big data is changing everything from content development to culture itself. Matthew Luhn, a 20 year Pixar story veteran will share how big data is being used to create great stories and characters in films like Toy Story 3, Inside Out and beyond. Matthew’s experience and insight will empower and inspire publishers, advertisers and innovators on how to forge stronger, more meaningful connections with consumers.

Inspiring Creativity in the Workplace

One of the most essential resources for any business to stay competitive is new ideas that spark innovation. As one of the original story creators at Pixar Animation Studios, Matthew Luhn participated in building and sustaining the creative culture at Pixar from startup to the most successful filmmaking group in the history of Hollywood. Matthew’s engaging and action-oriented talk will provide strategies on how to create a culture that encourages and nurtures new ideas, and embraces fear and failing as a necessary part of the creative process. He demonstrates how to empower relationships and build trust through authentic communication.

Every film and business needs an effective leader to inspire its people to achieve their goals. In this unique session, Matthew Luhn draws from his 20 years of experience as a Pixar storyteller and animator creating authentic, inspirational, and memorable heroes to share how you can develop those same hero traits in your leadership and business. By exploring and analyzing the characters of movie heroes and other great story protagonists, audiences will learn how vulnerability, likability, vision, structure and teamwork can provide a model for outstanding leadership that will leave your audience inspired and empowered.

"Matthew was one of the top speakers at our annual CEO Google Ventures Summit. His session was smart, useful, and entertaining. It's tough to keep an audience of CEOs away from their desks for 90-minutes, but Matthew not only kept the audience engaged, he also captured their imaginations."

"Matthew inspires passion for storytelling. He brings it full circle with an amazing ability to teach the art form to others."

"Working with Matthew has been great! Whether running a workshop or speaking at Dreamforce, his brainstorming techniques and boundless creativity have inspired many at Salesforce. With his guidance, we have found fun new ways to tell a richer and more meaningful story. Matthew's journey and methods for creating story and memorable characters continue to resonate with me. I look forward to working with him again!"

The Best Story Wins: How to Leverage Hollywood Storytelling in Business and Beyond 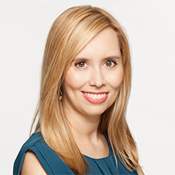 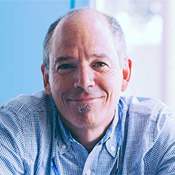