Paco Underhill has been a popular figure in global public speaking circuit for more than a decade. Insightful, provocative and funny, his audiences delight in his ability to both educate and entertain. He is a best-selling author of Why We Buy, Call of Mall and What Women Want – available in 28 languages. A respected academic lecturer, Paco has taught at institutions, around the world, among them Harvard, Wharton, IMD in Lausanne and IESE in Barcelona. Simultaneously, he serves as CEO to Envirosell, a global research and consulting firm with clients across the Fortune 50 list. Read More >

His op-eds and columns have appeared in the New York Times, Wall Street Journal and Washington Post. He has a regular column in the Goldman Sachs sponsored newsletter, ‘The Robin Report’ and for more than 15 years his column ‘Shopping with Paco’ has appeared in Design:Retail. On screen, he has hosted programs on CNBC, Fox News, BBC, NPR, CNN, and National Geographic Channel among others.

Paco’s programs are customized to each occasion and client, and have included keynotes, workshops, store clinics and press conferences. His one-on-one sessions with conference sponsors are very popular and hands-on. Recent programs include: The Future of Caring (given to hospital groups, consumer goods manufacturers, and merchants); Learning from Emerging Markets (given to North American and European shopping mall operators); The Internet of Things (a global tour for Samsung with programs customized to five different global regions); and A Deconstruct of Retail Financial Services (for major global banks). More than half of these programs are conducted outside the USA.

As the son of an American Diplomat, Paco grew up traveling the world, and though he lives in NYC with his family, for the past 30 years he has spent over 120 nights a year on the road. He served on the boards of Japanese advertising agencies, Brazilian shopping mall companies, and Israeli technology companies. Read Less ^

Why We Buy: The Science of Shopping

Based on his best selling book, Paco Underhill reveals how to keep your changing customers and entice new and eager ones. Get fresh observations and important lessons from the cutting edge of retail, including what retailers are doing right and what they're doing wrong, and how nearly every Internet retailer from iTunes to Amazon can drastically improve how it serves its customers.  Underhill also takes audiences on a guided tour of the most innovative stores, malls and retail environments around the world – almost all of which are springing up in countries where prosperity is new.

The world grows and changes every day; so does the state of retail.  The flexibility to adapt to tomorrow’s changes comes from having a solid footing today. Paco Underhill reveals the trends to watch for to stay on the cutting edge – from changing consumers and communication to leadership issues and human behavior – and shares with audiences the retail tools of tomorrow.

The global marketplace is turning female friendly.  Paco Underhill reveals why it is so important to serve women in the marketplace, what makes a product, space, or service female friendly, and why it matters.

Retail Banking in the 21st Century

The Future of Travel

The State of Luxury Goods

The Crisis of Market Research

The Evolution of the Mobile Phone

The Future of Bread & Food Service

Getting to the Modern Airport

"Paco was charming, engaging and insightful. He was well-prepared, professional and smart. We consider him a 'home run' start to our International Speaker Series."

Call of the Mall: The Geography of Shopping by the Author of Why We Buy 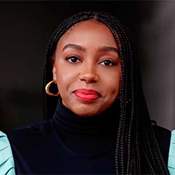 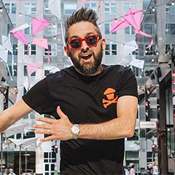 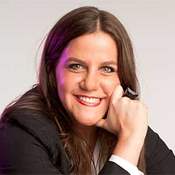