Penny Abeywardena is the former New York City Commissioner for International Affairs. During her eight years of service (2014-2022) she led the agency serving the largest diplomatic corps in the world. During her tenure New York City successfully implemented a series of award-winning programs with the international community focused on issues ranging from youth empowerment to the leadership of cities and local governments on global issues like climate change and rebuilding post the Covid-19 pandemic. Read More >

When NYC was the epicenter of the pandemic in the US, Penny was responsible for working with the United Nations and foreign governments to procure necessary medical equipment. Her leadership in crisis resulted in a historic donation from the UN to the City of New York as well as donations from dozens of countries. Prior to her role in government, Penny was the Director of the Women’s program at the Clinton Global Initiative (CGI), where she advised multinational corporations, philanthropists, NGOs and multilateral institutions to increase investments in gender-focused development initiatives.

Penny is on the Board of Directors of the Center for Reproductive Rights and the United Nations Fund for International Partnerships, which provides oversight of the UN Foundation. She also serves on the Aspen Institute’s Digital Equity Advisory Council, APCO Worldwide’s International Advisory Council, 92Y Belfer Center for Innovation & Social Impact Advisory Committee and the World Economic Forum’s Global Future Council on Cities of Tomorrow.

Penny has recently been appointed to the rank of Knight in France’s National Order of Merit by President Macron for her global leadership on diplomacy, human rights and sustainability. In December 2020 she was awarded the Golden Helsinki Medal by Mayor Vapaavuori for the creation of a global network of local governments achieving sustainable development efforts. Penny was also recognized by the French American Foundation as a Young Leader (2017) and named a World Economic Forum Young Global Leader (2016). She is a graduate of the University of Southern California and completed her Master of International Affairs at Columbia University’s School of International and Public Affairs. Read Less ^

"Penny Abeywardena has moderated and spoke at a number of World Economic Forum Summits including those listed below. She was a wonderful energetic moderator of discussions involving Heads of State and CEOs and has been able to guide and craft the discussion for an in person audience, which included the foremost leaders of government, business, civil society and academia and a global remote audience. She is also a magnetic speaker and can combine professionalism and humour, while providing a highly engaging presentation. She received excellent feedback from all participants and consequently has been a much sought after speaker at all summits she attended."

"Penny Abeywardena gave a remarkable presentation at the Helsinki Symposium in 2019 in Helsinki, Finland. Hosted by the Mayor of Helsinki the Helsinki Symposium is an annual high-level event that seeks to explore the most current developments in the urban world and discusses their implications to leadership and strategy. Penny Abeywardena’s presentation brought global insight and depth into the conversation, highlighted some of the most crucial developments in local and regional governance, and leadership and sustainability development. Her presentation received excellent feedback from the audience and the other speakers. We also appreciated her more private remarks to the mayors of the 21 largest cities in Finland. Her energy and inspirational presentation of the meaning of SDG’s in city leadership and strategy lead to multiple cities committing to SDG reporting on the spot."

"Penny was the ideal presenter at the recent event we hosted for The Women Initiative Foundation, a nonprofit organization focused on providing women with opportunities to develop community, forge new relationships, and support their professional development. Penny spoke at our first in-person event on the heels of the pandemic and other unprecedented global challenges. Penny discussed her journey to becoming a community leader, including navigating challenges along the way. Through a candid approach, Penny shared anecdotes about her personal story of persevering through obstacles that influenced her dedication to women’s rights and supporting their growth. Penny’s warm presence and down-to-earth and compassionate style allowed the audience to easily connect with her. Sharing insights on the importance of mentorship, and authenticity, she hit on all the right notes while giving her audience immediately useful take-aways. True learning took place. Mingling with guests, Penny was accessible for discussion with the participants throughout the entirety of the event. The Foundation could not have asked for a more generous and thoughtful speaker to represent its mission and elevate the discussion at our event."

"Penny Abeywardena, a distinguished graduate of Columbia University’s School of International and Public Affairs (SIPA), gave an inspiring keynote address to our incoming class of admitted graduate students in the spring of 2021. Speaking virtually at a pivotal time during the COVID-19 pandemic, Penny reflected on the immense opportunities for impact these future leaders would have as graduates of SIPA and how SIPA had prepared her with skills, knowledge, and a network to succeed in her own career in public policy and international affairs. Penny is a role model to our students and did a fantastic job delivering a warm and hopeful message of welcome to the class of 2023." 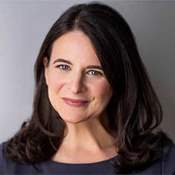