Founder of Courageous & Author of Return on Courage

Ryan Berman has more than 20 years in the courageous ideas space and an intimate understanding of the intricacies of emotional story telling for the purposes of driving courageous change. Ryan, a practitioner and authority on the subject, has had his methods featured in Entrepreneur, Fast Company, Inc and Forbes. Read More >

In addition to giving talks at Google, Snapchat and charity: water, Ryan speaks all over the country to C Suite, marketing and professional services audiences on the topic. He covers the learning’s found in his book Return On Courage: A Business Playbook For Change.

He has been featured on a panoply of Podcasts including Adam Markel’s New Pivot Podcast, Bryan Kramer’s H2H podcast, Awesome At Your Job podcast and Rhett Power. Ryan also has his own Courage Brand called “Sock Problems” – an altruistic sock company that strives to “sock” world problems with socks.

Courageous Ideas Are The Only Ones That Matter

How Do You Eat An Elephant?

Courageous Ideas Are The Only Ones That Matter

Ryan’s work has been held up on the floor of Congress. He has written and executive produced a documentary premiered at SXSW. He devised a “Hall of Fan” for Major League Baseball and reinvented the look of our US Olympic Ski & Snowboard Team. This session showcases how the most courageous ideas move people, products, and culture. And the rest, in this media-obese world we live in, fade away with the noise. The audience will learn how stories and emotion nestled in these ideas is the only way to change behavior. No feel. No deal.

Surviving The Business Apocalypse: Delivering A Return On Courage

52% of the Fortune 500 since 2000 are extinct. Half of the S&P 500 is predicted to be replaced over the next decade and 9000 brands will revolve on and off the Fortune 500 over the next six decades. Yet, there's a lack of urgency across most organizations to address these callous realities. Ryan Berman shares his 5 step method on how any being or brand can side-step stasis, liberate from competition and deliver a game changing Return On Courage.

Are You A Courageous Brand?

Courage (noun): the mental or moral strength to venture, persevere, and withstand danger, fear, or difficulty. Ryan Berman has devoted the last three years interviewing many of the most courageous people and leaders on the planet. Through this experience, he learned that the companies that win share courageousness as a trait. Berman unveils how every brand on the planet rests somewhere between a Coward Brand and a Courage Brand. The presentation culminates with ways for the audience to take action today to transform into a Courage Brand.

How Companies Can Get Their Courage Back

There’s a noticeable deficiency of courage in the business world. It is absent from business models, boardrooms, company cultures, and mission statements. Courageous leadership seems to have taken a sabbatical—and many businesses are far worse for it. Most terrifying of all, employees within an organization who aspire to make calculated courageous calls across a company are not getting the opportunity to do so. Their bold ideas are getting squashed along the way or, sadly, they’ve landed in a culture where iterative growth has become the goal throughout the hallways. Instead of spending the next 1200 words delving deeper about “why” this is our current diagnosis, I’d prefer to simply tap into “how” we can help those willing leaders help their companies get their courage back. Indeed, unlocking courage, when truly embraced and understood, can be your ultimate X factor and competitive advantage.

COURAGE SETS YOU FREE. Courage unshackles you from the pack; it separates you from stuck, risk-averse companies. Courage is never prejudiced; It’s willingly open for any opportunistic gender, race, or ethnicity. Courage is a team sport. There’s an our in courage for a reason. Courage can be learned. So long as you are open to the training. Courage has a role in your daily life. It is for you and can be your ultimate X-factor. Above all, courage gets it done. It stretches budgets further. And propels you forward, faster.

Courage as a concept is wildly misunderstood, and you can’t truly understand what courage is without first understanding what courage isn’t. Myth #1: Courage describes other people; Myth #2: Courage is jumping out of a plane sans parachute; Myth #3: Courage is a risky solo journey; Myth #4: Courage is impulsive; Myth #5: Courage can’t be taught; Myth #6: Courage doesn’t have a role in your daily life. Here lies our first problem: Almost no one is up for voluntarily doing something that takes courage, because we associate it with fear.

IS IT CONCEIVABLE to make something that’s scary less terrifying? Can we create a mechanism that takes the risk out of taking risks? Are we capable of crafting a formula that transforms making a courageous decision into a seemingly regular one? Knowledge, faith, and action are the matchstick, tinder, and wood that work together to form the fire that is courage. The sum of these parts—and it must include all of them—makes up courage.

To achieve courage, you must be knowledgeable, have faith, and take action. This new definition of courage leads us to our working definition of a Courage Brand: A Courage Brand willingly addresses its business fears by gathering enough knowledge, building faith, and taking swift action. The four principles of competent and courageous decision-making are: 1. Talent; 2. Team; 3. Tenacity; 4. Training. The only way to properly goal set is to have the skill set working in tandem with the right mindset; that is the power of courage.

Return on Courage is the return a business, being, or brand gets from tapping into and activating their courage. Look to maximize your return on investment with a Return on Courage. Setting yourself up to maximize your Return on Courage is adhering to the five steps of P.R.I.C.E. to successfully establish your Central Courage System. To set up your Central Courage System is to set up your process for success. Businesses cannot be courageous. Only the people inside a business hold the potential to create a Courage Brand.

"Ryan was incredible. He challenged us to have the courage to evolve or end as a cautionary tale."

"Ryan’s passion for courage and for brands is infectious."

"Ryan was an ideal keynote speaker for HSMAI’s Marketing Strategy Conference. With an audience of industry thought leaders, Ryan was a natural fit. Our attendees loved his presentation—packed with unique ideas and real-life example—and engaging speaking style. His keynote left the audience inspired and was definitely one of the highlights of our conference. He exceeded my expectations and we definitely hope to work with Ryan again."

"Ryan is an exceptional keynote speaker and courage practitioner. He had our audience hooked from the moment he took the stage at our recent virtual leadership summit. I particularly liked the work he did upfront to get under the hood of our organization so that he could customize his content to have maximum impact. Authentic, credible, and super inspiring. He is a must have for your event."

Return on Courage : A Business Playbook for Courageous Change 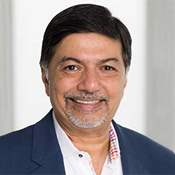