Survivor of the Parkland Florida Shooting

On February 14, 2018 a gunman wielding an AR-15 entered Marjory Stoneman Douglas High School and fired on students, faculty, and staff. Seventeen people lost their lives and many others were wounded. Samantha Fuentes was amongst the injured in the Parkland tragedy, and while fortunate to be alive, her body and life changed forever. She has bullet shrapnel permanently embedded in her legs and behind her right eye, and currently manages symptoms of Post-Traumatic Stress Disorder (PTSD). She lost revered friends and faculty members. Despite these tragic events, today, Samantha is resolved and committed to a poignant mission: to make sure that no child or adult is devastated by senseless and preventable gun violence ever again. Read More >

Samantha’s passion for this cause is focused and strong. Every day she spreads her message by sharing her personal story, which starts well before facing down the barrel of an AR-15. Her single mother who battled alcoholism raised Samantha in a trailer park in Davie, FL; her father was absent. She was unpopular with the neighborhood kids, frequently bullied, humiliated, and endured racist attacks. And, there was no respite for Samantha at home, as her stepfather was physically and verbally violent. The frailty of her relationships and lack of a positive male parental figure skewed her idea of healthy relationships. In her early teens, she found herself in emotionally and physically abusive relationships. At fifteen, she attempted suicide after moving from Davie to Coral Springs, FL, shortly after her transfer to Marjory Stoneman Douglas High School in Parkland, FL. Though her life had become much happier and stable after that point, looking back, Samantha wishes she had the courage to stand up for herself and ask for help with her struggles. This is what drives her today.

Samantha Fuentes is a survivor. She now works closely with Angel Faces, an organization that serves girls who have endured all types of trauma. Many of the girls have been injured at the hands of someone else; car accidents, dog attacks and acid attacks. Samantha came to Angel Faces fragile, scared and exhausted. Giving her a place to exhale from her highly charged traumatic event, she found bravery and self love. Her life experiences have tasked her to champion the importance of human rights and equality — being a victim of gun violence only further bolsters her purpose. Her perspective is straightforward: to uplift the voices of the silenced, and remind us that ALL our experiences matter regardless of color, religion, gender, age, or sexual orientation. Samantha wants to rally bystanders to participate in change when they witness injustice, because anything is possible in numbers. Even if the odds low and risks are high, if Samantha has still has a powerful voice, anyone can find and use theirs! Read Less ^

March for Our Lives

Uplifting the Voices of the Silenced

My Strength Comes From the Strength of Others

The Gunshot Heard Around the World: Finding an End to Senseless Gun Violence

On February 14th, 2018 a gunman opened fire at Marjory Stoneman Douglas High School in Parkland, Florida. Seventeen students and faculty were killed, and seventeen were injured; among the injured was Samantha Fuentes who sustained a gunshot wound in the leg. This mass shooting sparked international media attention and created a historical youth-led gun violence prevention movement. After facing the horrors of gun violence firsthand, Samantha felt obligated to share her story to inspire others to join the effort to end gun violence. Samantha’s goal is to live in a world where no one ever has to be like her, another victim of senseless gun violence. In this speech, Samantha recounts her moments of survival and how that influenced her activism; ultimately explaining how to become an advocate for gun violence prevention and survivors.

How can students create social action without the ability of voting or within the walls of their campus? Why does youth engagement matter? Can kids change the world? Does social media really have an impact on modern media & politics? As a gun violence prevention activist who started in high school, who contributed largely to organizations like March For Our Lives and featured on various news outlets, Samantha Fuentes understands the importance of public engagement with today’s youth and their influences on media, politics, and social justice. Join Samantha in a conversation about how students can create, organize, and rally for social change, regardless of the barriers that age might bring.

The Blessing Disguised as a Curse: Discovering the Importance of Survivor Leadership

Navigating through any mental illness or trauma can be difficult, and even at times unbearable. As a sufferer of PTSD, depression, and anxiety, Samantha Fuentes understand all too well how much control mental illness takes away. But does pain and trauma ever offer any benefit or strength? How can you turn trauma into action? Why does survivor representation matter? In this speech, Samantha explains how she used her trauma as a catalyst for social action, and how survivors through their experiences offer valuable information on preventing future injustice. That destigmatizing the conversation around mental health is the first step to understanding more about ourselves and our strengths.

"Sam was the highlight of the virtual event. Based on our session feedback, our youth partners felt that her speech was powerful and inspiring. Our staff also thoroughly enjoyed Sam as well. We’re very grateful!"

“I wanted to let you know what a hit Sam was (and how much I enjoyed getting the chance to meet her). She was really generous with her time and thoughts and our students loved (loved, loved, loved) meeting her.”

On behalf of the Survivors Speak 2018 Planning Team and Crime Survivors for Safety and Justice, thank you so very much for your participation in Survivors Speak 2018 in Sacramento. It was by all accounts a powerful gathering of close to 700 crime survivors from throughout the state and across the country who have now returned to their local communities even more fired up to advocate for what crime survivors really want and need — increased investments in rehabilitation, prevention and treatment, not more prisons and jails. We are grateful for your courage and leadership!

"We are so grateful for the expertise you shared and the impact you made. The community of 3,000 young leaders with whom you engaged at IC represents an ever-expanding network of 80,000 teens from 650 chapters across 50 countries, and we are confident that their experience working with and being inspired by you will only help to further empower their leadership back at home. The anecdotal feedback on the experience as a whole has been wonderful, and the energy radiating from the teen participants and adult guests is palpable. We are so appreciative of the time, energy, and commitment you so openly shared with our teens."

The Class of 1946–2018 Twenty-seven school-shooting survivors bear their scars, and bear witness 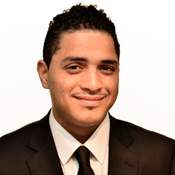