Sandra Tsing Loh is a writer and performer whose solo theatre shows include "Aliens in America" and "Bad Sex With Bud Kemp" (both off-Broadway at Second Stage Theatre), the original "Sugar Plum Fairy" (Geffen Playhouse, Seattle Repertory Theatre), "I Worry" (The Kennedy Center, Actors Theatre of Louisville) and The Bitch Is Back (Broad Stage). Her bestselling New York Times Notable Book, Mother on Fire, was inspired by her hit solo show in 2005, during which time Variety named her one of America’s 50 most influential comedians. Read More >

Her memoir, The Madwoman in the Volvo: My Year of Raging Hormones, was selected as one of The New York Times’ 100 Most Notable Books; it was inspired by her Best American Essay in The Atlantic, for which she is a contributing editor. The stage adaptation of "Madwoman..." premiered at South Coast Repertory in January 2016 and enjoyed subsequent runs at the Pasadena Playhouse and Berkeley Repertory Theatre.  A revamped version of her Christmas show "Sugar Plum Fairy" receives its world premiere at South Coast Repertory in December 2017.

"Madwoman..." has since been optioned for TV by Paramount Television and Anonymous Content. Loh has been a regular commentator on NPR’s “Morning Edition,” and on Public Radio International’s “This American Life” and “Marketplace.” Her daily radio minute, “The Loh Down on Science,” is heard locally on KPCC (89.3 FM) and is syndicated over a 150 public radio statios, as well as on Armed Forces Radio. It is produced and distributed by her non-profit production company LDOS Media Lab, Inc.

Explaining the Universe in 90 Seconds

The Madwoman in the Volvo (Menopause 2020)

2015 marks an extraordinary milestone; almost one in every two U.S. women will be menopausal, and the majority of American women will be 45 years old or more. This is a time of huge challenge and potential: many middle-aged women are caregiving for two generations (Loh’s term is “the Triple Ms”—middle-aged mothers in menopause), and they also have more money and power than ever before. Read More >

Thriving—and even just coping—during this time will take a lot more than following the standard medical advice of avoiding alcohol, sugar and caffeine and doubling kale intake. This talk is inspired by Loh’s New York Times notable book, The Madwoman in the Volvo: My Year of Raging Hormones. Read Less ^

Public education is a noble idea, but when educated, middle-class parents survey the test scores of poor, heavily minority-populated urban schools, the first instinct is to flee. Loh’s bestselling Mother on Fire, which the New York Times calls “a feat of genius,” charts her trajectory from private school wannabe to consciousness-raising Burning Mom.

Via Loh’s personal experiences vigorously “Tiger Mom”-ing her daughters’ entire Title One Los Angeles school (where English learners experienced everything from chess to violin), she found new appreciation for the unsung teachers who toil on with often unsung ingenuity and grace. They are the real heroes, as public school is the civil rights issue of our generation.

U.S. science education is in crisis. We rank 28 out of the 34 leading countries in math and science. Our failure to improve STEM education has resulted in 3 million open jobs and 8% unemployment. Girls and minorities are underrepresented. Vague government hand-wringing, lengthy white papers and weekend robotics fairs are only a quick fix.

Caltech physics grad, daughter of a Chinese Tiger Father, host of the syndicated radio science minute “The Loh Down on Science,” and mother of two daughters in L.A. public schools, Loh delves into the past, present and hopeful future of robust, rigorous and engaging 21st Century science education.

Almost 50 years since man landed on the moon, almost half of America still believes in Creationism. This part of the population’s opinion on climate change varies, depending on how well or poorly the economy is doing. Our iPhones harness computing power that used to launch rockets, and we use this technology to find the nearest Cheesecake Factory.

Raising American scientific literacy is key, not just for the advancement of science, but for Earth’s future—solutions to our global problems will be not just technological but human. As Neil DeGrasse Tyson’s two million Twitter followers suggest, 21st Century scientists are capable of being both technical experts and effective communicators.

The Madwoman in the Volvo: My Year of Raging Hormones

Mother on Fire: A True Motherf%#$@ Story About Parenting! 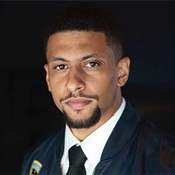