Sucharita Mulpuru is one of the country’s leading authority on retail, shopping and mobile commerce. She is a highly-regarded and frequently sought-after public speaker and has presented her research to audiences around the world.  She is frequently cited in leading media outlets such as CNBC, Bloomberg, The Wall Street Journal, Fortune and The Financial Times.  Read More >

Since 2005, Sucharita has been the lead retail analyst at Forrester Research where she focuses on eCommerce and the intersection of technology and commerce. She has authored more than 50 research papers on the topics of online and multichannel retail. She also served on the board of Shop.org, the digital division of the National Retail Federation. Before Forrester, Sucharita was the director of marketing at Saks Fifth Avenue, where she managed the customer acquisition, retention and market research efforts for the $2 billion luxury retailer’s online channel.  She has also held management positions at Toys R Us, where she was a merchant in the Babies R Us division and a store manager in one of the company’s largest toy stores, and at the Walt Disney Company, where she developed and managed marketing plans for new business initiatives including the Disney Stores, the Disney Cruise Line and Club Disney.  Additionally, she was involved in the expansion of Cap Cities/ABC properties, specifically ESPN Zone, ESPN Magazine and the Go.com network. She was a member of the founding team of a startup in the maternity and baby products headquartered in Los Angeles during the first dot-com boom.  She has authored two non-fiction books and has contributed to Business Week Online.

Sucharita holds a BA in Economics from Harvard University and an MBA from the Stanford Graduate School of Business. Read Less ^

The Importance of E-Commerce

Disruption vs Distraction: What Really Matters Now & Why

How To Be An Innovation Supernova

The Future of Shopping 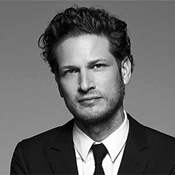 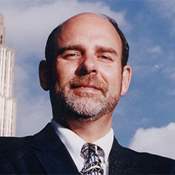