Disease. Political fighting. Racial tensions. Protests. Jobs lost. Alcoholism. Physical, verbal, and child abuse. What a heck of a time to be alive! These are trying times. Vicki Hitzges (“Hits’ guess”) is an expert in positive work environments. (Whether the work takes place at home or in a commercial building.) Read More >

Vicki first ramped up her speaking skills as a TV news anchor. In her early 20’s, she was named Dallas Bureau Chief at KTVT in Dallas, at the time, the largest, independent television station in the nation. Later, she anchored the news for the NBC affiliate (KRIS) in Corpus Christi, TX where she won the National Headliner Award from the Press Club of Atlantic City. She then co-hosted the Dallas Cowboy’s weekly TV show, Special Edition, before becoming a publicist. What that means to you is—she can tell interesting stories and edit sizzling videos to inform and entertain your group.

As a publicist, one of her clients included the man then considered to be the world’s top motivational speaker, Zig Ziglar. Impressed with her creativity, Zig urged Vicki to speak and personally mentored her.

Vicki speaks across the world to associations, companies, and universities who want a proven, strong message about teamwork, customer service, and how to keep a positive work environment. She’s been interviewed by publications ranging from the Dallas Morning News to the Chicago Tribune to Entrepreneur magazine. She’s been a guest on radio and TV programs internationally including a segment on the British Broadcasting Corporation (BBC) where frustrated hosts called her for inspiration when their team, Manchester United, was losing. (Afterwards, the famed soccer team won!)

Vicki holds a Certified Speaking Professional (CSP) title. When she earned that honor, only seven percent of speakers held it worldwide (and just a few hundred women.)

She’s authored two books, the first of which sold out the first day! Bam! All 5,000 copies! Gone! That book, Attitude is Everything – 10 Steps to Staying Positive, sells internationally as does her second book, Stuck on Stop – How to Quit Procrastinating.

How people regard you determines your success. For example, do others respect you? Enjoy working with you? Doing business with you? How you’re regarded matters because when others esteem you (and your business), they want to work with you and recommend you. Read More >

Good relationships fuel business. How do you start? Begin with internal customers. For example, help co-workers when they’re behind. Then later, when you’re in a pinch, those co-workers will help you. While some will be fickle–you can bet–the more help you give, the more you’ll get.

But here’s a valuable tip:

Vicki Hitzges can’t wait to meet you to share this FUN, interactive material. You’ll laugh, share new techniques, get to know each other, practice the #1 team building, service and sales skill, and take away some really good customer service skills!

For instance, some of the customer service skills that will be discussed include:

You’ll enjoy the activities, fast-pace, information, stories, and humor. Whether you’re an employee, a manager, an entrepreneur, a vendor, or eager to start a business, you’ll benefit personally and professionally. Read Less ^

Dominate Deadlines: How to Stop Procrastinating

Eager to dominate deadlines and stop procrastinating? Want to enjoy the zesty feeling of accomplishment? If so, then this talk is for you. That’s because sometimes we need someone to whack up our kickstand to get us going. Get ready! Because you’re about to get that whack and an encouraging push. Read More >

All kinds of things hold us back — not just laziness, but fear, not knowing what to do, and not knowing how to get out of fur-lined ruts. (Although we stay in them by our own choices, even fur-lined ruts are not furrows in which we want to be trapped!) So, Vicki will give you some practical tips, reminders, and encouragement to help you tackle goals, open doors, and start feeling great again!

You CAN achieve your goals and desires! This presentation’s based on STUCK ON STOP – HOW TO QUIT PROCRASTINATING. It’ll get you back into gear. So you can enjoy life! After all, no one ever regrets hitting their goals. Heck — you get a great feeling just from drawing a line through a To Do item!

Attitude is Everything: How to Stay Positive at Home & at Work

You know how when someone rings your doorbell — your dog goes absolutely nuts? He wags his tail. Barks. Pants like a marathoner. Almost explodes from expectation. Let me ask you something — How often is the caller for him? Right! NEVER! But he keeps thinking, “THIS time!” Read More >

Dogs know how to stay positive. Even when they hear “no” over and over, they stay eager. (Those of us in sales can learn from that)

Vicki will teach you:

When it comes to relationship success, personal happiness, and career triumphs, attitude may seem like a little thing. But — Attitude is everything! If you can persevere when things are falling apart, you can conquer. Learn how to stay positive!

Benefits: Work contently. Feel more joy. Get freedom from fear. Boost morale. When you feel positive, you’re free to produce and excel. When you know how to stay positive, you’ll enjoy a satisfying life, and a vibrant business! Read Less ^

Baby, Take Off Your Stress: You Can Leave Your Hat On

If you feel stress, and chances are you do — a Gallop poll showed that 80% of Americans feel stress all or part of the time — you need some relief. By the way, think about that. 80% of people feel stress. 80! Look at any 10 people – statistically, all but two of them are anxious, uptight, and probably crabby, cranky and not sleeping well.

When 80% of your co-workers need to relieve stress, that’s a problem! Let’s tackle it! Let’s talk about how to deal with stress and specifically how to deal with stress at work. Does Roger STILL leave 1/8 inch of coffee in the pot so that technically he doesn’t have to brew a new pot? Does Sylvia still leave leftovers in the refrigerator no matter how often she’s asked not to? Does Liz still…well, we all know HER problem.

If THEY won’t change, let’s talk about how to cope so we don’t go berserk!

We could use a few laughs and some solid advice. Let’s cover the dangers of stress, some causes of stress, and, most importantly, how to get rid of stress!

Your group will laugh and learn as they HEAR, SEE and DO what it takes to relieve the Number One health problem facing Americans today…stress! Read Less ^

Why is Change So Hard?: How to Deal with Your Resistance to Change

From the instant you hit the delivery room, your life has been a conga line of changes. Just think–you’ve experienced new friends. Lost friends. Joys. Moves. Griefs. Dead batteries. Losses. New jobs. Promotions. And so on. Yet — with all that practice — we struggle with how to deal with change. Read More >

So, Vicki Hitzges can’t wait to share an easy-to-remember, three-step formula to help you deal with change — specifically the changes you need to make — but resist making.

The formula works because:

So why is change so hard? Come to this presentation! After you do, it won’t be! Read Less ^

"Our group loved you! We booked you to remind our already top-notch execs to be confident, proactive and resourceful. You did that–and more! You brought energy and connection to the room. Our people left encouraged, elated and eager to serve. Thank you!"

"Your presentation was nothing short of spectacular. This is a tough group and you had them completely captivated and engaged. Thanks for making our day!"

"Your presentation was very inspiring and full of energy. The examples you used were so funny, mainly because we could relate to them all!"

- IRS, Dept of the Treasury

"Your high-energy style and ability to tailor your presentations to a specific audience are rare qualities. Several associates told me that they had dreaded attending a mandatory three-hour seminar, and were surprised that the session flew by—it felt like they were there for one hour–certainly not three."

"Anyone in the competitive arena has an edge if they have been coached by you. Please stay away from our competition."

"A dynamic close to our weeklong meeting!" 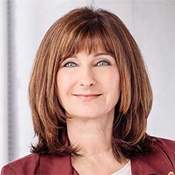 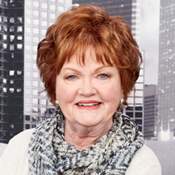