Connie Dieken is a social scientist whose research focuses on leadership influence. She advises C-suite executives at the world’s leading brands on how to influence positive outcomes under challenging conditions in all directions. Read More >

The founder and chairman of The Dieken Group, Connie developed and launched Influence360º, a statistically validated research tool that measures influence patterns. Armed with customized research, she guides leaders on how to unify, elevate, and shape the future of their most critical initiatives by earning the commitment of important stakeholders—from boards of directors to associates, peers, investors, analysts, and customers.

Connie built her unique skillset as a television journalist for NBC and ABC. It was in broadcast studios—interviewing leaders from U.S. Presidents to top CEOs—where she learned how to drill down to the root cause of any situation to reveal both the root cause and the way forward. Her reporting was honored with five Emmy Awards®, two Telly Awards®, and induction into the Radio/TV Broadcaster’s Hall of Fame.®

Her extraordinary skills as an executive advisor have also been recognized by the Global Gurus® organization which named Connie the world’s #1 Executive Communication Advisor in 2020. She is also a member of the elite corps of Marshall Goldsmith 100 Coaches.

Connie is also a best-selling author. Her two books, Talk Less, Say More and Become the Real Deal were both #1 best-sellers. Her upcoming book is Influencers: How the World’s Top Leaders Unify People, Elevate Initiatives,, and Shape Positive Change.

A dynamic keynote speaker, Connie has been inducted into the Speakers Hall of Fame.®  She delivers interactive, powerful keynote speeches at major conferences around the globe to audiences in the thousands as well as highly interactive digital experiences.

Her thought leadership has also been featured in The Wall Street Journal, Investor’s Business Daily, CNBC, The Kuwait Times and other leading business publications around the globe. Read Less ^

Influence Your World: Three Habits to Make Things Happen (Regardless of Position or Power)

Are distracted, impatient people tuning you out before you can make your point? Read More >

In this highly interactive, engaging and entertaining session, Connie will share a proven method for leaders who want to make things happen in today’s fast-paced, attention-deficit world. Your audience will learn three powerful habits to help them connect with anyone, convey information clearly, and convince anyone to act.

Connect-Convey-Convince©– Connie uncovered these core habits during 16 years of guiding C-suite executives to successfully grow their organizations, and she will share relatable, often humorous, examples of how and when to use each one; and why most of us overuse one habit, much to our detriment.

These habits will develop a consistent methodology to use in both business and personal lives. Read Less ^

Own Your Presence: How to Build Your Brand, Establish Trust and Gain Lasting Influence

This highly engaging session is based on Connie’s latest bestselling book, “Become The Real Deal: The Proven Path to Influence and Executive Presence."  Connie brings an urgent message of how to gain gravitas in today's demanding, judgmental, attention-deficit world. Her decade-long Presence Project research study has uncovered startling disparities between the way we want to be known and the way we are known. In this uniquely interactive session, Connie pinpoints the three most crucial presence problems that undermine our power – issues we're often oblivious to that zap our ability to be – and be seen as – the real deal. Your attendees will experience a powerful ah-ha moment as one of the world's top executive coaches guides them to identify their presence problem, and frees them to transform into the powerfully influential leaders they're meant to be. Read More >

Your audience will never approach or deliver a presentation the same way after experiencing this program. This keynote hones in on the outcome of presenting: how to influence positive decision-making. From this point forward, your attendees will place their own audiences at the center of everything they do. Connie models her strategies from the stage, so your audience gets a double dip as they discover her wildly successful approach that Fortune 100 teams have adopted as their winning presentation model. Read More >

Your audience will discover how to: Read Less ^

As the talk unfolds your audience will discover:

This program is based on Connie’s bestseller, Talk Less, Say More. Read Less ^

Leading in the Spotlight

In this program, Connie shares what every senior executive must know to thrive as a high-profile leader. Read More >

Senior leaders will discover how to:

This program is based on Connie’s bestseller, Become the Real Deal. Read Less ^

Become the Real Deal: The Proven Path to Influence and Executive Presence 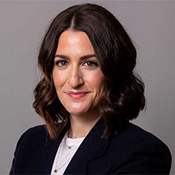 CEO and Founder of FinePoint, Author of Brag Better™ & Host of "It Never Gets Old" Podcast 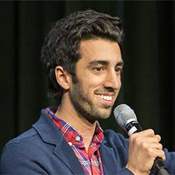