Francisco Sánchez was nominated by President Obama to be the Under Secretary of Commerce for International Trade. He served at the U.S. Department of Commerce from 2009 until November 2013. As Under Secretary, Sánchez strategically led the International Trade Administration, an organization of 2400 employees with offices throughout the United States and in more than 70 countries. Sánchez efforts drastically improved the global business environment by helping U.S. businesses compete abroad with Asian and Latin American countries, including China, Mexico, and Brazil.   Read More >

As Under Secretary, Sánchez lead the International Trade Administration in its efforts to improve the global business environment by helping U.S. businesses compete abroad. As one of the architects of President Obama’s National Export Initiative (NEI), with the ambitious goal of doubling U.S. exports by the end of 2014, Sánchez directed programs and policies that promoted and protected the competitiveness of American businesses. In his speeches, he sheds light on the key strategies he used to successfully guide his team. Additionally, under his skillful leadership, working with partners in government, the International Trade Administration (ITA) reached significant export milestones. In 2011 and 2012, U.S. exports achieved all-time highs.

Sánchez has a long and distinguished career in both the public and private sectors. For example, during the Clinton Administration, he served as the Assistant Secretary for Aviation and International Affairs at the U.S. Department of Transportation. Sánchez previously served in the White House as a Special Assistant to President Clinton, and Chief of Staff to the Special Envoy to the Americas.

Sánchez was named one of the 100 Most Influential Hispanics by Hispanic Business Magazine and also one of the top Hispanics nationwide by Poder Magazine. He has been awarded the National Point of Light Award and the Governor’s Point of Light Award for Outstanding Community Service. In 2010, he was named to the National Hall of Fame for the Boys and Girls Club of America. Sánchez also serves on the board of directors for Archer Daniels Midland, the board of counselors for McLarty Associates, and, until recently, served on the board of directors for the Overseas Private Investment Corporation. He is a non-resident fellow at The Brookings Institute and is a member of the Council of Foreign Relations.

Currently, Sánchez is the Chairman of the Board of CNS, a business consulting firm focused on international trade and investment, and a Senior Managing Director at Pt. Capital, a private equity fund exclusively focused on the Arctic. A native of Florida, Sánchez obtained his B.A. and J.D. from Florida State University. He also received a Masters in Public Administration from the Kennedy School of Government at Harvard University. With more than 15 years of experience working with several leading consulting companies, Sánchez can help corporate audiences in America and abroad with negotiation strategies and training to become leaders of economic growth. Read Less ^

Global Markets for Trade and Investments

New Era For The Arctic

Trade Relationship Between the US and Latin America

Trade with Asia & Europe: The TransPacific Partnership and the TransAtlantic & Investment Partnership

The Coming Economic Boom in the Arctic Circle

Entrepreneurship: A Strategy for Economic Growth 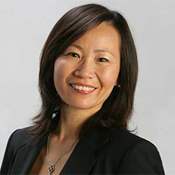 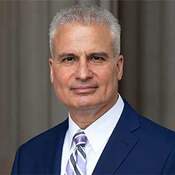