Josh Garcia is an Award Winning, Emmy-Nominated Travel Host and Video-Journalist best known for his work on The Voyager with Josh Garcia on NBC. Born in the California suburbs to Puerto Rican & Cuban parents, he was kicked out of the house at just 16 years old for being gay. Forced to leave home at such a young age, the undercurrent of love and loss, and the lessons it presents, can be found in each of his gripping lectures, regardless of the topic. Read More >

As a minority, a professional traveler, and avid environmentalist, he has had the pleasure of traveling the globe to work with NBC, TEDx, GoogleTalks, National Geographic, BBC, the Weather Channel, Carnival Cruises, InteleTravel and Telemundo.

Impressed yet? Don’t be! The real reason you should come see Josh is for his thought-provoking lectures which work to inspire not just his fellow travelers, but minorities, the LGBT community and whomever happens to be listening. Each encounter is hand-tailored by Josh himself to specifically and most effectively reach his audience in his unique style. Read Less ^

TEDx: No Really, What Do I Want?

On Discomfort and Intuition

From Award Winning Travel Show Host to HouseKeeper - How the Hell Did I Get Here?

As the most vulnerable version of himself, Josh demonstrates how the universe always has our back, but that doesn’t always look like the way we think it does. Through his entrepreneurial journey, he tells the inspirational story, shares the lessons, and his tried-and-tested methods for navigating achievement, failure, success and loss as a human first, not a celebrity. Something we can all relate to. From coming out as gay, to a miserable NYC engineer, to Award Winning Television Show Host, Josh tells the story of surrender, loss and success guaranteed to inspired anyone to demand more out of their 80 precious years on this planet.

In this dynamic presentation, Josh shares the intricacies of what it’s really like to work as a travel journalist for a major network television series by sharing the very best (and funniest) of his travel stories, and how these experiences shook him into consciousness to be the very best version of himself. Whether you’re an industry professional, student, executive, or travel enthusiast, this phenomenal talk, which explores the transformative power of travel, will inspire and motivate you to be your best self on or off the road.

No Really, What Do I Want?

No, he’s not asking about lunch. As seen at TEDx 2020 at Bellingham University, Josh explores the magnitude of this question, and how most of us would’ve chosen a very different career path if we knew we couldn’t fail. By getting uncomfortably personal, “What Do I Want?” is designed to spotlight how our environment and loved ones may normalize dissatisfaction, keeping us small without us even realizing it, and questions how we have the pursuit of happiness all wrong. In this captivating sermon, Josh demonstrates through his climb to the top to make the impossible become a reality, that life unfolds in proportion to our courage, and therefore success must be a choice, not a coincidence.

If you’re struggling to make the connection between environmental conservation, wellness & Veganism but it’s just not clicking, than THIS forward thinking presentation is a must-see. Josh Garcia delivers a thought-provoking keynote via a colorfully-illustrated meme-themed presentation exploring the core herbivore values in all humans - causing us to rethink our own behavior and the entire system as well. By instilling our own values (not his) he helps us harness our power in the unforgiving age of climate change, demonstrating how each of us are the very opposite of powerless people. 30 minutes for Q&A is advised. 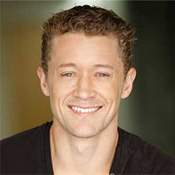 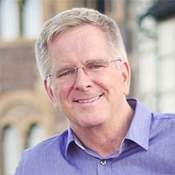