Dr. Ludy Green is one of the world’s foremost experts on violence against women and children. She speaks regularly in national and international venues on the importance of financial autonomy in breaking the abusive patterns that hold captive victims of violence and human trafficking, and she is a contributing writer on women’s issues for the Huffington Post as well as the author of Ending Domestic Violence Captivity: A Guide to Economic Freedom published by Volcano Press on October 2014. Read More >

The methodology pioneered by Dr. Green has been validated by the work of the non-profit organization she founded in 2001, Second Chance Employment Services. Second Chance’s innovative program has been uniquely successful in helping hundreds of survivors attain lifelong freedom from domestic violence and human trafficking through financial and emotional independence.

Second Chance is the nation’s first and only employment placement agency for domestic violence and human trafficking victims. In its thirteen years of operation, Second Chance has expanded from its home base in Washington, DC to operations in New York, Atlanta, Los Angeles, and other locations, and has become one of the leading domestic violence prevention programs in the United States. The service model of Second Chance has been adopted by federal agencies and is the basis for public education campaigns, policy development, and leadership training for preventing and ending violence against women and children, around the nation and worldwide.

Under Dr. Green’s direction, Second Chance Employment Services was a driving force behind passage in March 2013 of the reauthorization of the Violence Against Women Act. The Act, first passed in 1994, and reauthorized in 2000, 2005, and 2013, was the nation’s first comprehensive federal response to the violence that plagues families and communities. Last year’s renewal included a landmark provision advocated by Dr. Green to allocate federal funds for organizations that provide employment services for victims of domestic violence and human trafficking. Dr. Green is now leading an effort to pass the International Violence Against Women Act to prevent gender-based violence on a global scale.

Dr. Green served The US State Department as Cultural Ambassador of the United States in Human Trafficking to Jordan and Syria in 2009. She was sent by the US State Department as a Speaker to Brazil and to Venezuela (2016), U.S. Delegate to Malaysia (2013), Turkey (2011), Chile (2009), and at the Global Summit of Women Vietnam (2008). In November 2013, she was a presenter at the Qatar International Business Women Forum in Qatar. She was a US Delegate to Brazil to the Global Women Summit in 2014. She was a presenter at the Kongress for Women in Poland in 2014, She was a US Delegate to Berlin in 2015.   In 2006 she was appointed by the U.S. Attorney General to the Advisory Council of Domestic Violence Against Women. Dr. Green was also appointed to the Board of Trustees for the Family and Children’s Trust Fund of Virginia; elected to serve on the Commission of the Status of Women in Virginia; and elected to the Economic Development Commission in the District of Columbia.

Fluent in French, Spanish, Portuguese, Italian and German, Dr. Green has a B.S. in International Finance; she earned her M.A. in Human Resources Management and Ph.D. in Industrial Organization Psychology from George Washington University. She graduated from the Leadership Washington Program in 2003, and Finance for Senior Executives at Harvard University in 2010.  She is a long-standing member of the Society of Human Resources Management; The National Speakers Association (“NSA”), the International Women Forum (“IWF”); and the Women’s Forum of New York and Washington, DC, Member. Read Less ^

Domestic Violence is a Plague in our Society

As Economic Hardships Increase, so Does Domestic Violence

Building Healthy Futures for Women and Their Family

The Economic Empowerment of Women 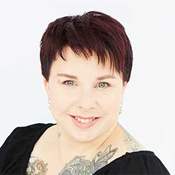