One of Forbes’ world’s most influential chief marketing executives, Marisa is known as a brand-building innovator, digital and social marketing pioneer and expert storyteller. Across her eclectic business career, she has orchestrated blockbuster product launches and unexpected cultural moments across industries ranging from beauty to fast food. At the same time, Marisa is nationally recognized leader and advocate for working mothers, since her founding of ExecutiveMoms.com in 2002, where she brought content and community to this important yet under-served audience of women and worked to reshape the cultural conversation around “executive moms.” Read More >

As Global Chief Brand Officer at Taco Bell, Marisa achieved category-beating same store sales growth every quarter, overtaking Burger King, Wendy’s, and Subway in restaurant traffic and capturing the highest passion index among fans of any QSR brand. Marisa’s vision to evolve Taco Bell into a lifestyle brand was behind her conception of some of the most talked-about initiatives in the industry and beyond, from Taco Bell x Forever 21, Taco Bell Weddings, and The Taco Bell Hotel, reservations for which sold out in two minutes.

Before joining Taco Bell, Marisa spent eight years at The Estee Lauder Companies (ELC), where she became the company’s first corporate marketing executive, building the company’s eCommerce marketing, digital and social marketing and new consumer engagement across its 30+ prestige brands across the world, propelling ELC to the highest “digital IQ” ranking of any global beauty company.

Marisa’s earlier career spanned the client and agency worlds, including serving in global advertising and brand strategy roles with Unilever Cosmetics International and Revlon and in account management roles with J. Walter Thompson and Saatchi and Saatchi.

Marisa has been named one of the World’s 50 most Influential CMOs by Forbes in 2017, 2018, and 2019 and well as one of the top 25 most Innovative CMOs by Business Insider. Among her many other honors, she has been named a Power Player by the National Retail Federation, a Restaurant Business Power Player and an Adweek Brand Genius.

In 2002, Marisa founded Executive Moms, an organization created to connect and support accomplished women who are both professionals and moms. She became one of the earliest influential voices in social media on working women/moms and appeared frequently on national broadcast and print media including The Today Show, CNN, FOX, WSJ, Family Circle and many more.

The Next $50 Billion and Brand Storytelling

2017 She Runs It Woman of the Year Award

Marisa Thalberg, Taco Bell, on The Next $50 Billion and Brand Storytelling

What Big Changes Have Taught Me About Life & Leadership

Few top executives have proven adept at moving as seamlessly as Marisa from luxury beauty to fast food, from consumer products to retail and from traditional media to the newest frontiers of digital. Marisa has translated those personal journeys into leadership lessons that everyone can find insightful and inspirational.

As one of the most influential and innovative marketing executives in the world (per Forbes and Business Insider), Marisa has transformed the marketing of big established brands from Estee Lauder to Taco Bell. From those experiences she has distilled key thoughts that cover vision, strategy and execution that can inspire both marketers and non-marketers alike about how to grow their brands and businesses.

From ‘Working Mothers” to EXECUTIVE MOMS: Why Women (and organizations) Should Embrace the Dichotomy

As the founder of ExecutiveMoms, Marisa was building a social network for women, doing online research and curating content before any of those concepts were commonplace in our world. In so doing, she became passionate about debunking the many false ideas about working mothers that hold women (and organizations) back from embracing women who are both mothers and professionals in the most holistic and empowering ways. Marisa will share the biggest insights and most inspiring thoughts for working mothers (and all of us straddling work and life outside work) today. 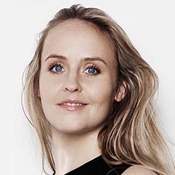 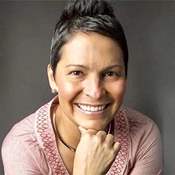