A nightclub DJ with no college education becoming a CMO of a Major League Baseball team is quite the story, but that doesn’t even begin to scratch the surface of the journey of Wayne Partello. Read More >

Wayne started producing video at 14 years old and always enjoyed media, but the dream of becoming a police officer led him to Winterhaven, Fla., where he attended the police academy at the age of 19. Soon after graduation, Wayne returned to his hometown of Boston and started DJing, a job that eventually resulted in an internship in radio.

Aspirations of becoming an on-air personality took hold, but on the advice of a mentor, Wayne decided the best path to success in the radio business (and it turns out, in life) was versatility. He committed himself to learning as many roles as possible, from sales to marketing to promotions to engineering. Along the way, he did achieve the goal of becoming an on-air personality, but Wayne’s desire to learn, question the status quo and solve problems became a highly-valued asset on the business side. Eventually, one of the company’s leaders left for an opportunity in the National Football League and tapped Wayne for a move to Miami, where he would oversee the Dolphins' newly formed in-house content department.

In Miami, Wayne developed a team-owned daily talk show that aired on radio and television, and was streamed online. Over the course of his tenure with the Dolphins, Wayne’s role grew to include oversight of marketing, broadcasting, entertainment, digital media and social media, as well as all internal design and production.

An opportunity to make a difference for a new organization brought Wayne to the west coast to serve as the chief marketing officer for the San Diego Padres. In his transition to Major League Baseball, Wayne added oversight of communications to his growing list of responsibilities. During his seven years with the Padres, Wayne and his team created a best-in-class entertainment experience and redefined the overall Padres brand identity, which culminated in the design and rollout of a new uniform collection.

After writing his final chapter with the Padres brand, Wayne knew it was time to build a new dream. He and his partner, Katie Jackson, launched CUENTO Marketing to help brands apply lessons learned from sports to help grow their brands and revenues, no matter the industry. CUENTO means story in Spanish and Wayne’s gift for storytelling with purpose will leave a lasting impact on your audience. Read Less ^

Guiding a brand is difficult if you don’t know where you are trying to arrive. In this talk, Wayne shares his experiences guiding brands to first define the destination and then the work that needs to be done to efficiently and unapologetically arrive at the destination.

You are the Secret Sauce

The days of trying to keep your “secret sauce’ from your competitors and the world are over. Employees are switching jobs faster than ever and “secrets” are leaving by the day. Wayne will explain how to use these changes in the corporate environment to your advantage and why sharing more of your “secrets” will actually grow your business, not hurt it.

The Power of Telling YOUR Story

If you don’t tell your story then who will? As a brand or as an individual there has never been a more important time than now to get out there and share who you are. In this talk, Wayne will share the importance to determining what you want to be known for and how to share that story to the right audiences.

The definition of success is changing drastically and today’s workforce is looking for more from their employers. Helping your team define their own happiness will empower the employer employee relationship and help them align to achieve more together.

The Roadmap to Confidence

The destruction of most organizations or leaders can be tied to EGO or INSECURITY. The counterweight to both of those challenges is confidence. In this talk, Wayne will discuss the keys to preparing yourself and your team to execute with confidence and the pitfalls to look out for that could lead you down the road of an inflated EGO or INSECURITY.

Lessons from Sports for Your Business

We’ve all been in those meeting where the presenter shares an inspiring sports story to draw a parallel to the topic at hand. Well this is a little different than that. In this talk, Wayne takes his experience working in media and sports to share specific lessons that are very obvious in the sports business and how they can be relevant to any business. Sports teams are small to midsize businesses that project as larger brands and this talk is your opportunity to tap into their lessons for someone who was on the inside. 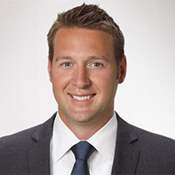 Founder of Fans First Entertainment & Owner of the Savannah Bananas